What a cold morning. Unexpected. We all had ice in the tents respectively on the sleeping bag. 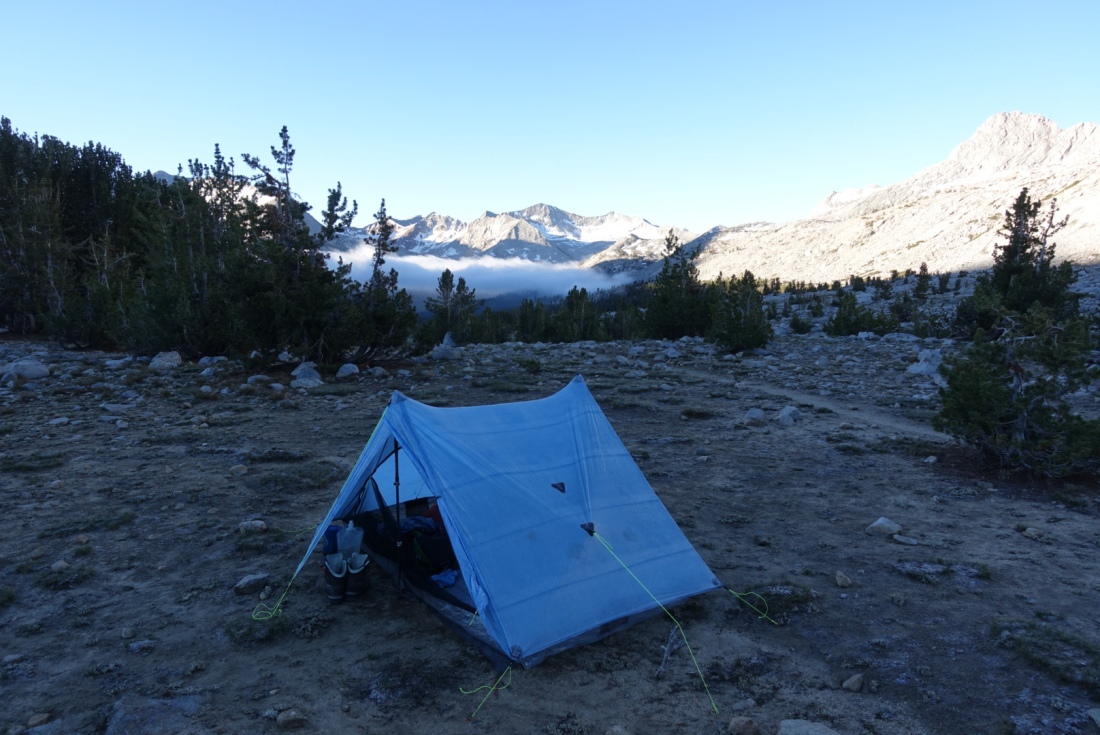 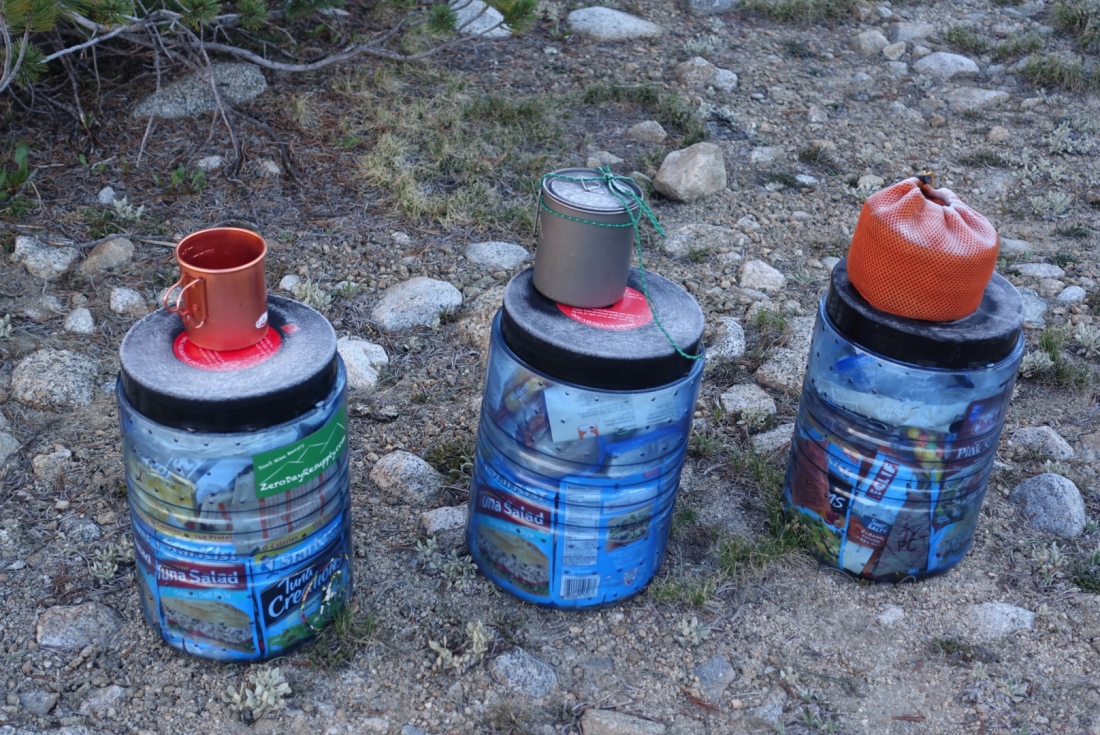 Started walking around 8am towards Mather pass. 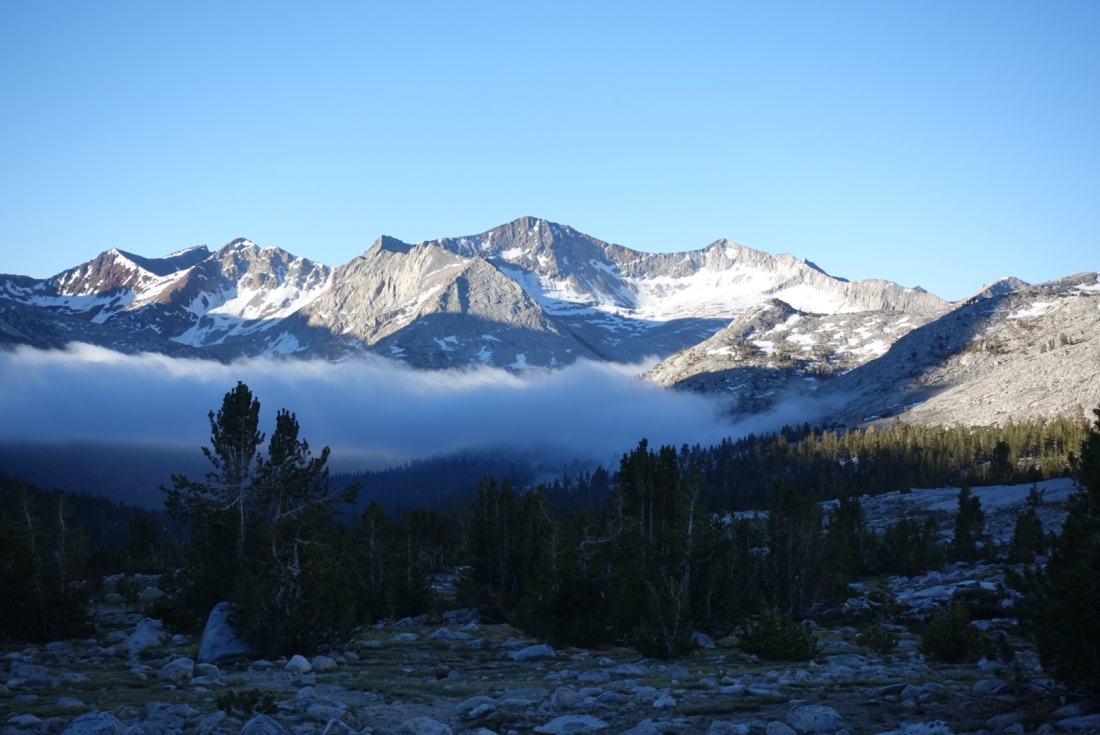 Long ascend to Mather pass. But I remembered the scenery quite well from my 2016 JMT hike. Beautiful. 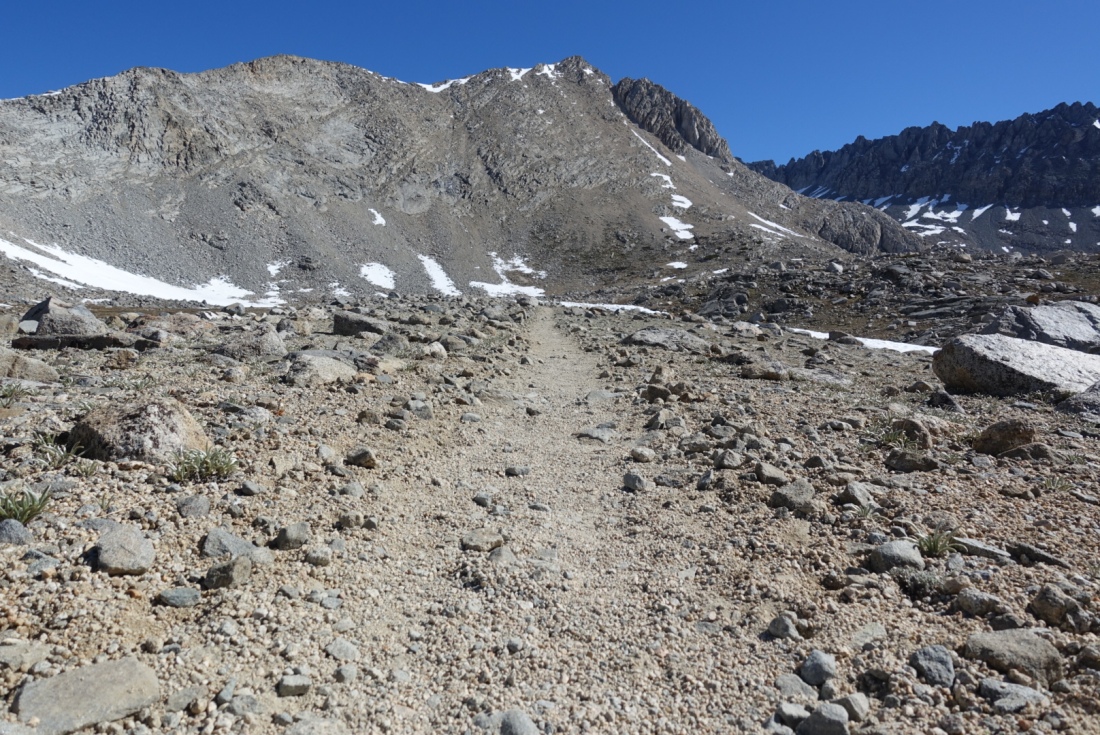 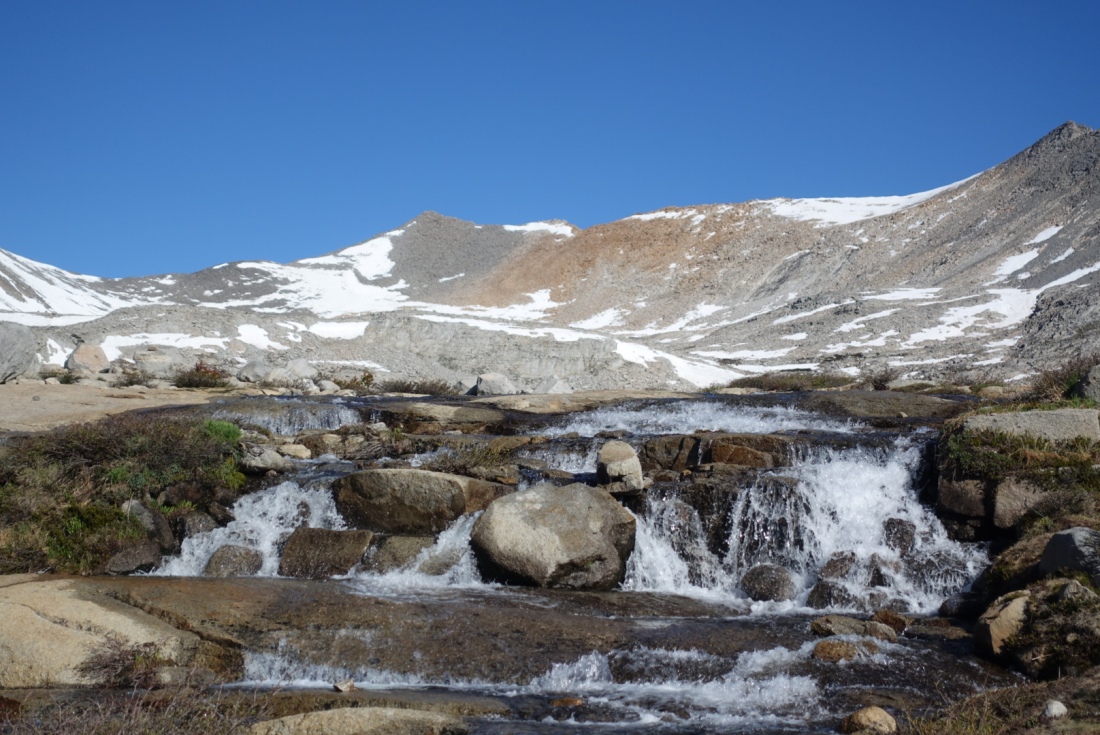 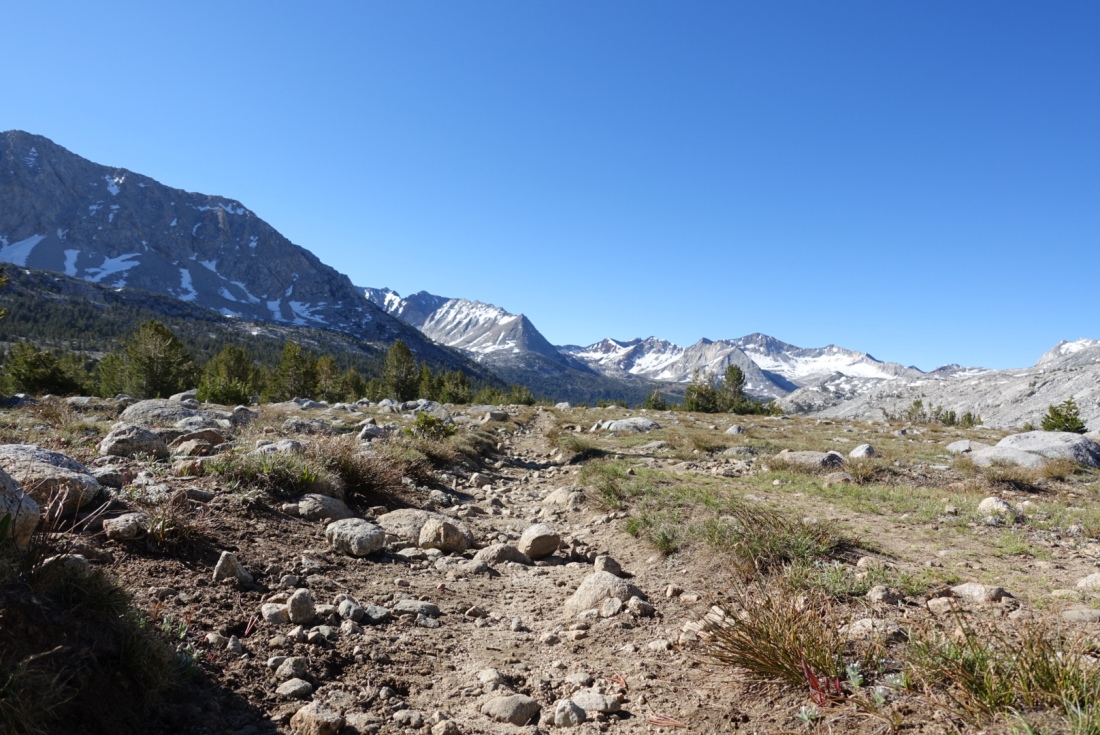 At the end there was not so much altitude to do and we reached the peak around 10am. 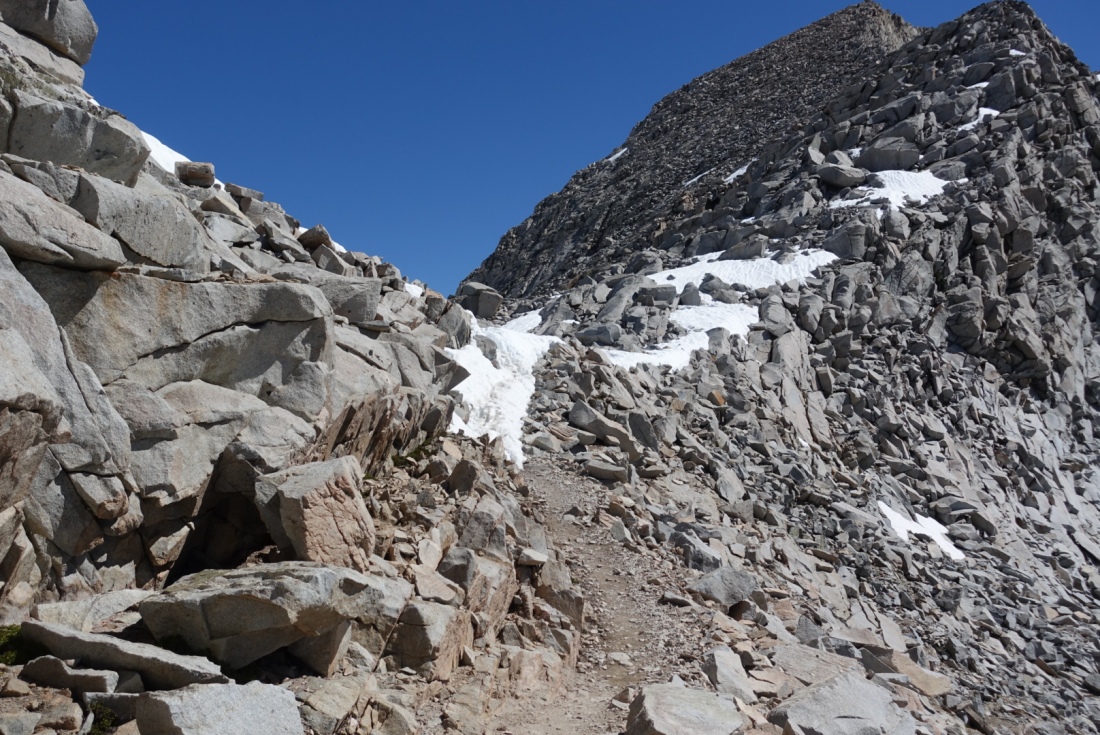 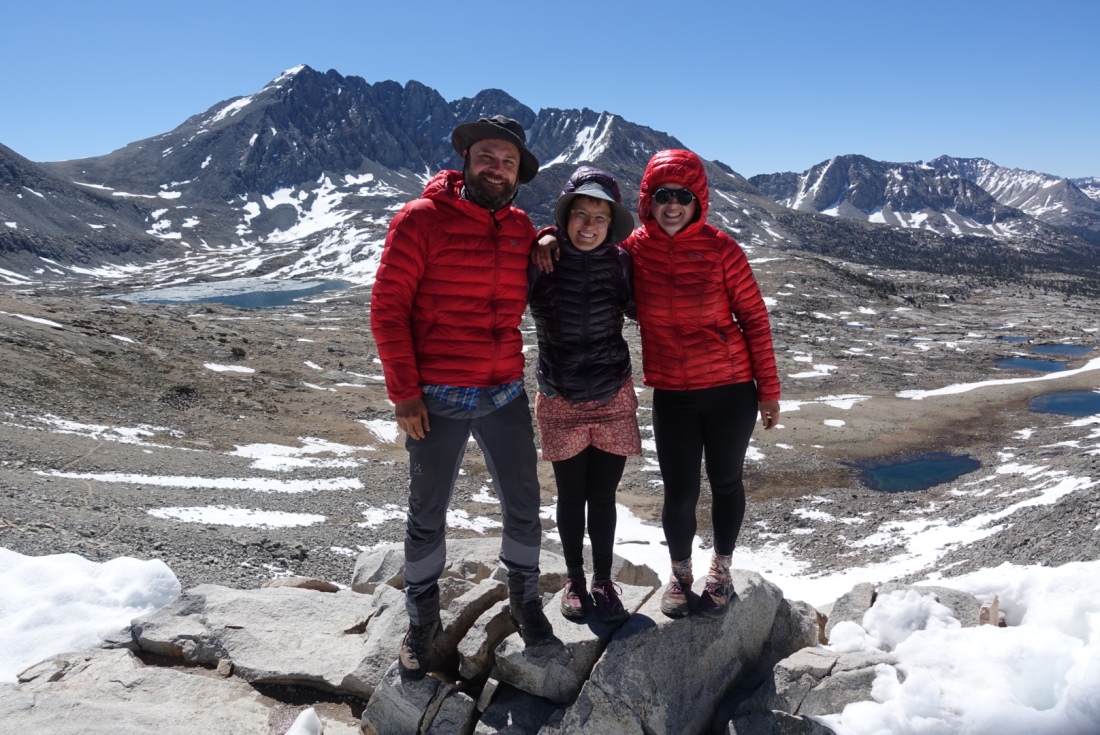 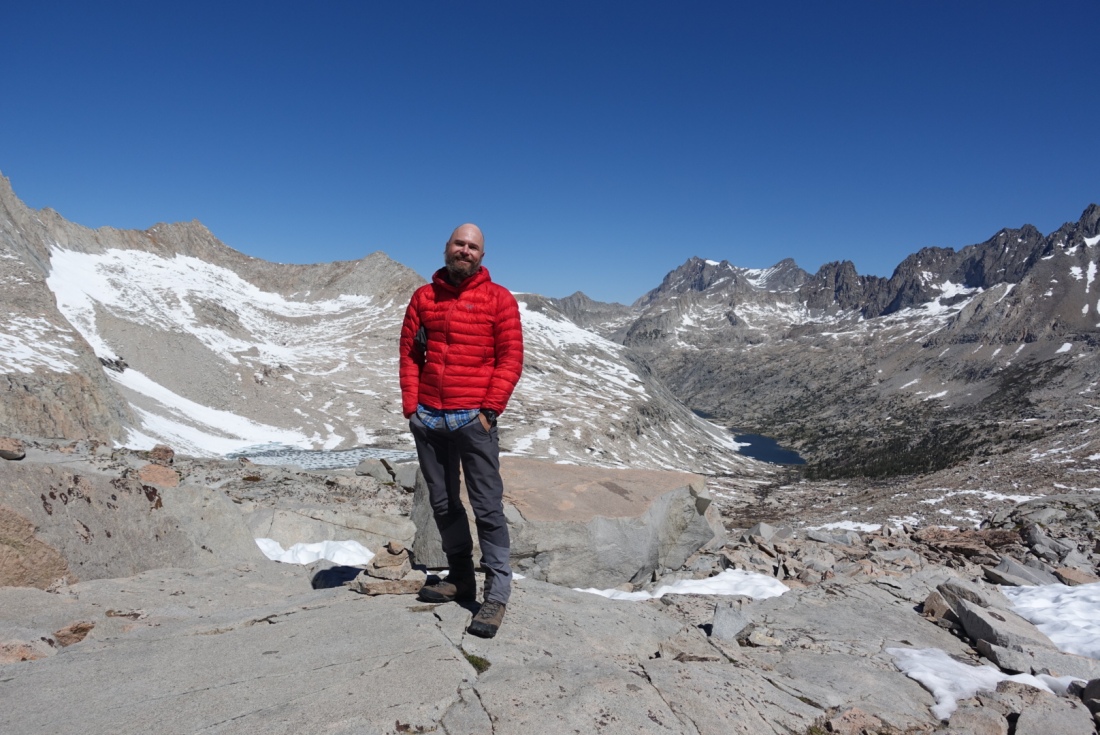 The descend however gets much more difficult than expected. Large snowfields, no visible trail but only footprints leading down steeply. Cactass and Tinkle use their microspikes for the first time. I go slow and try to kick steps into the frozen snow where possible. Cactass glissades on purpose and breaks a piece of her backpack frame (not on purpose). 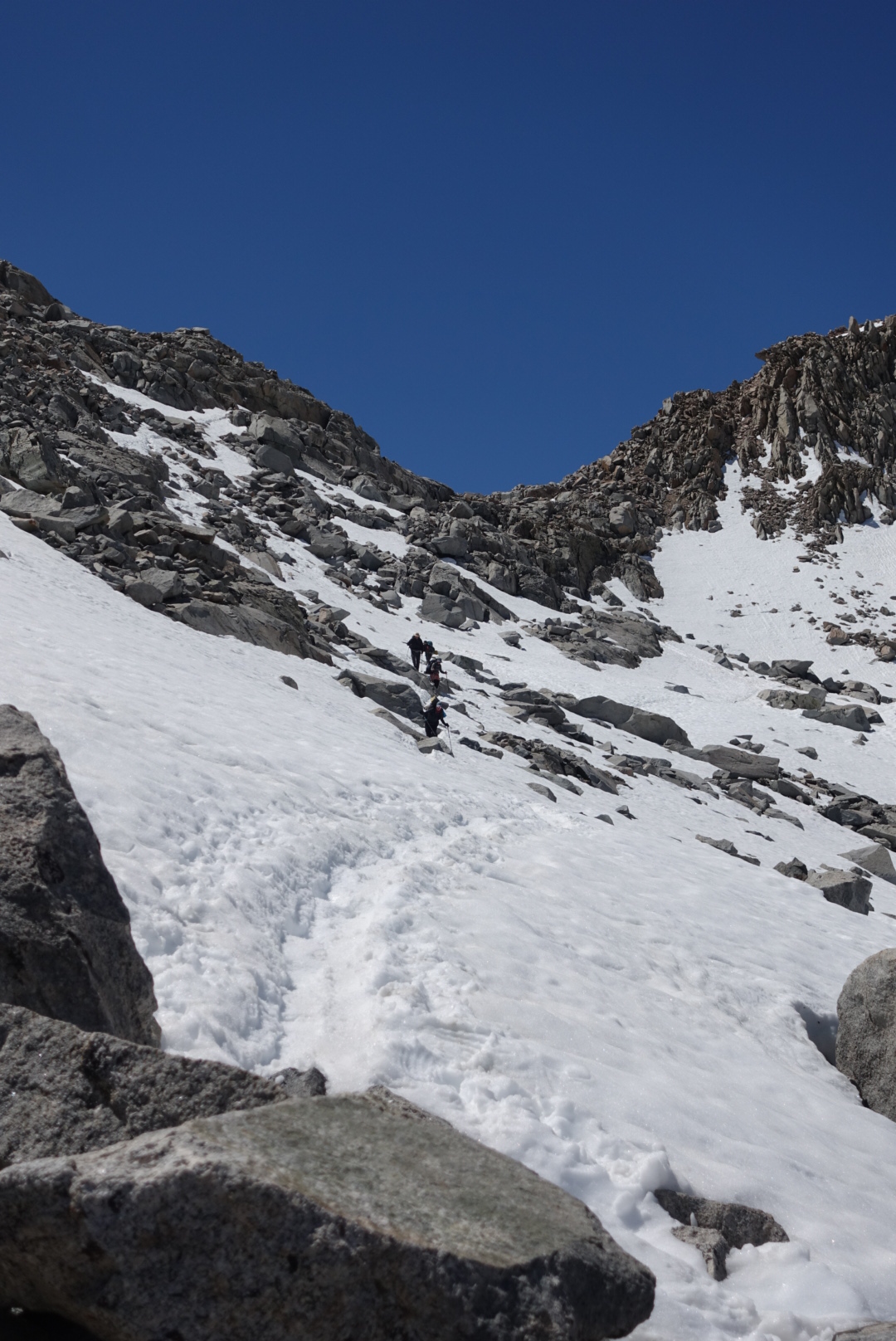 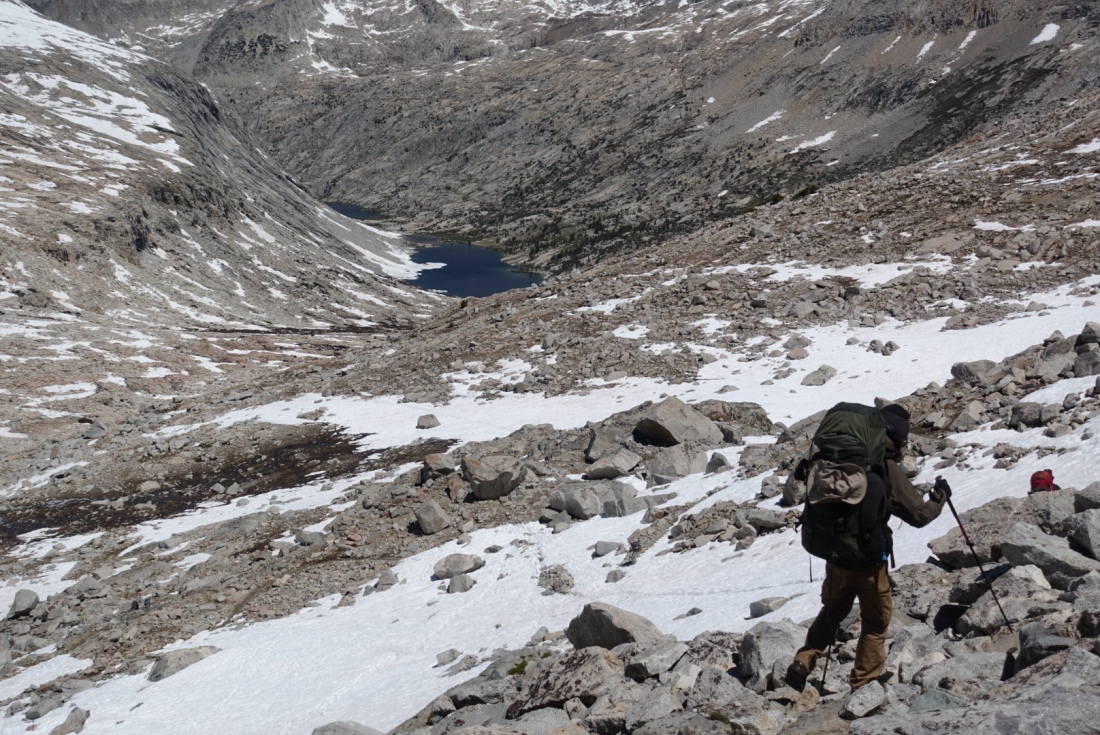 Coming to tree level, the scenery changed again and a long descent from 12000 to 8000 begins. 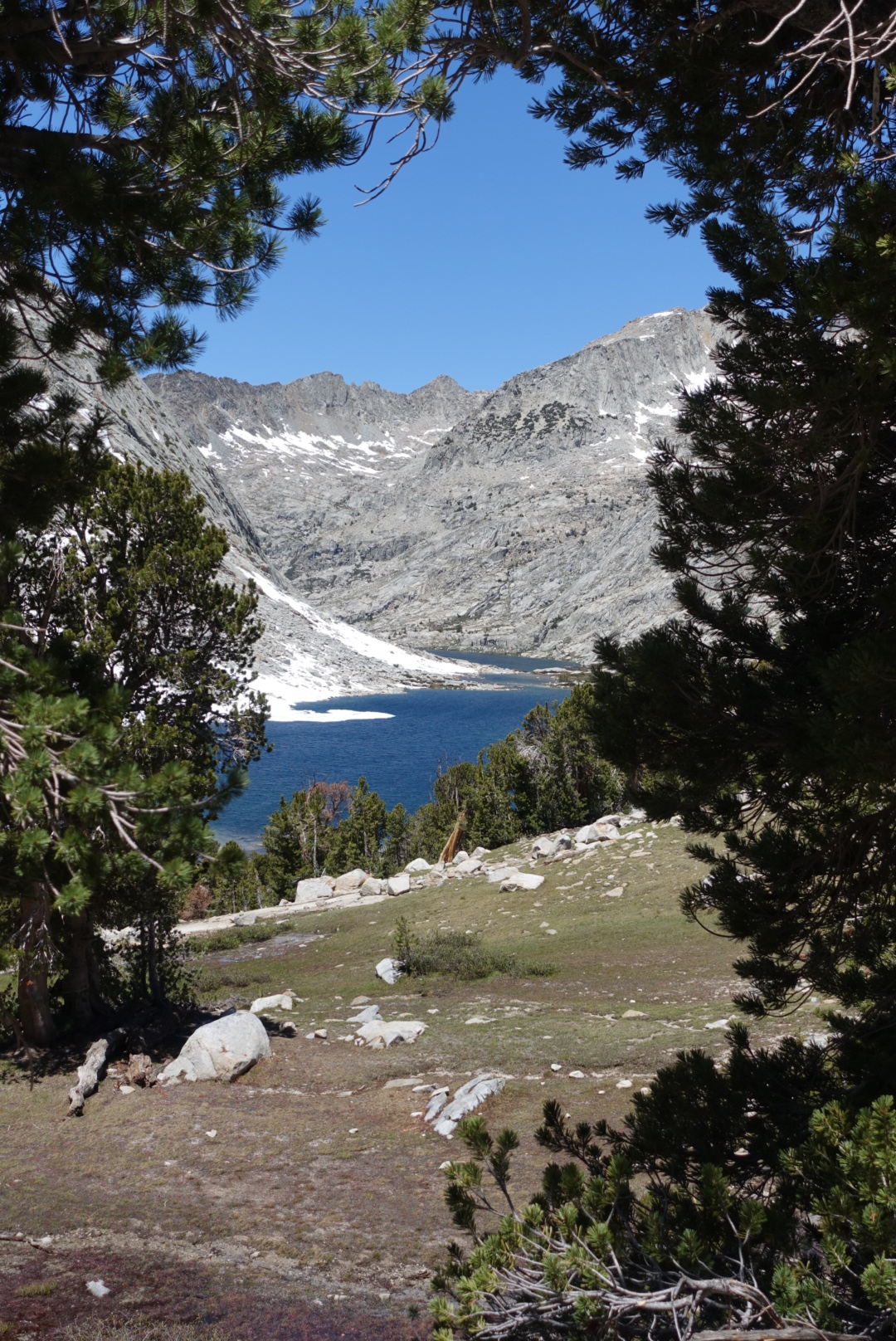 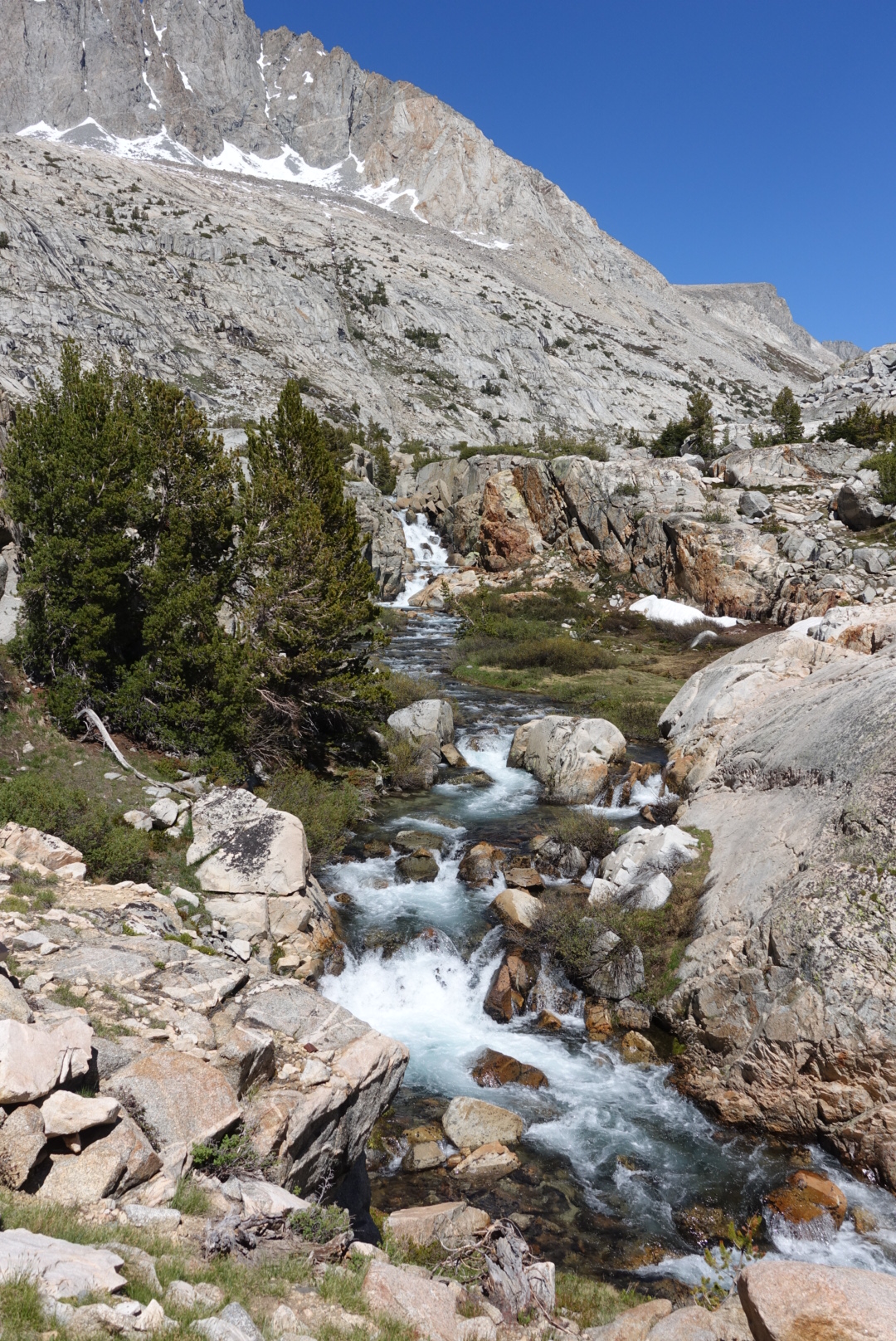 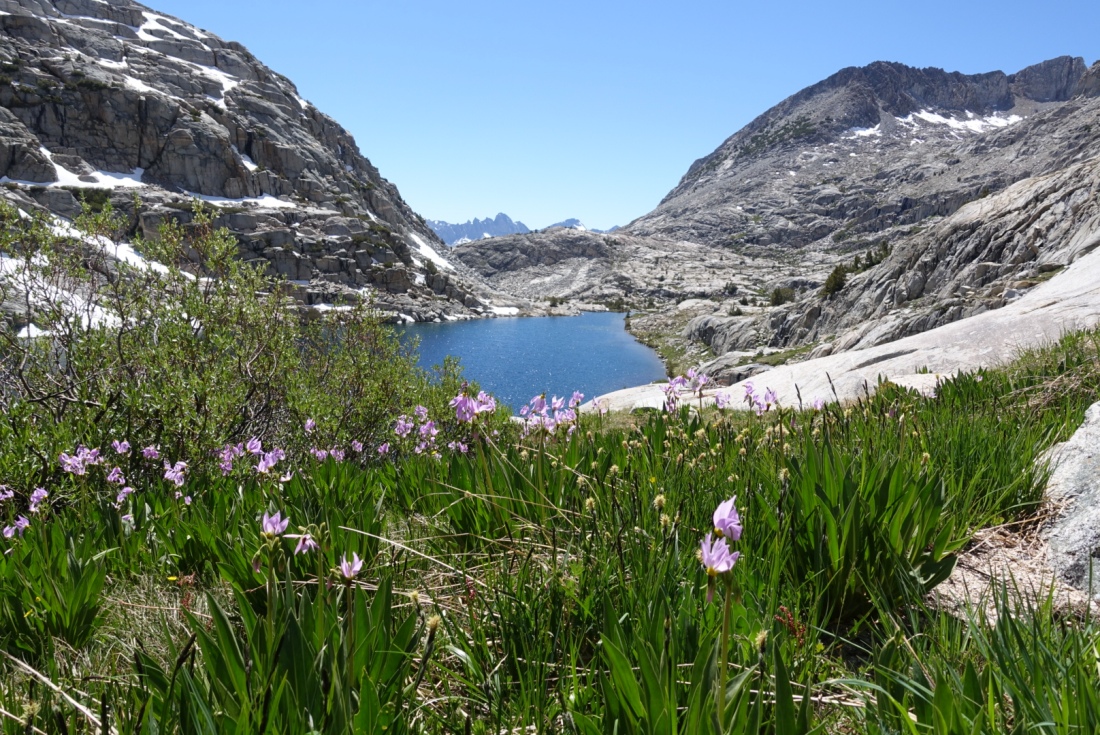 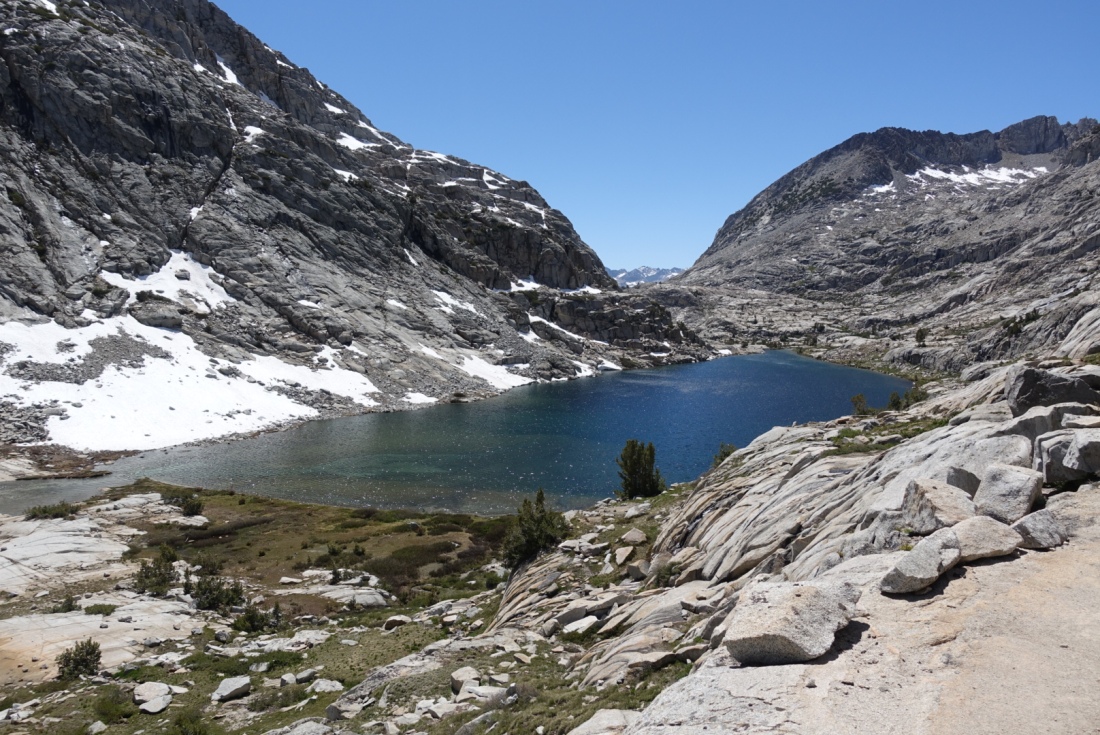 After the Palisade lakes, the descend gets steeper via tight switchbacks. 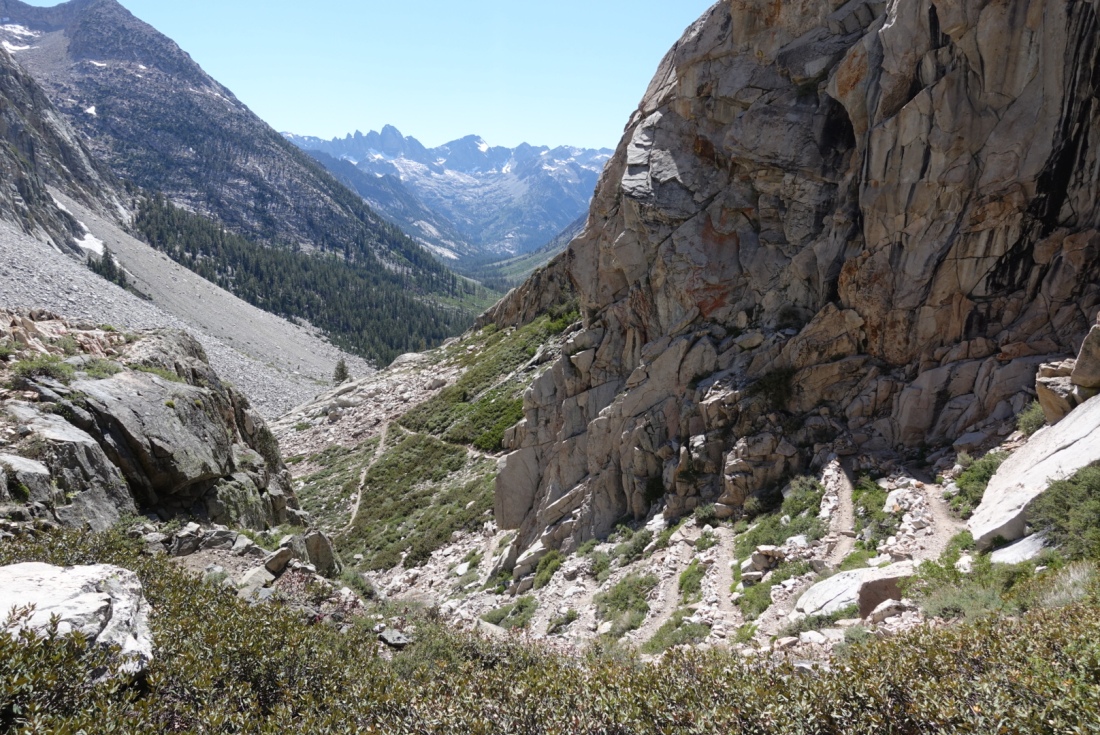 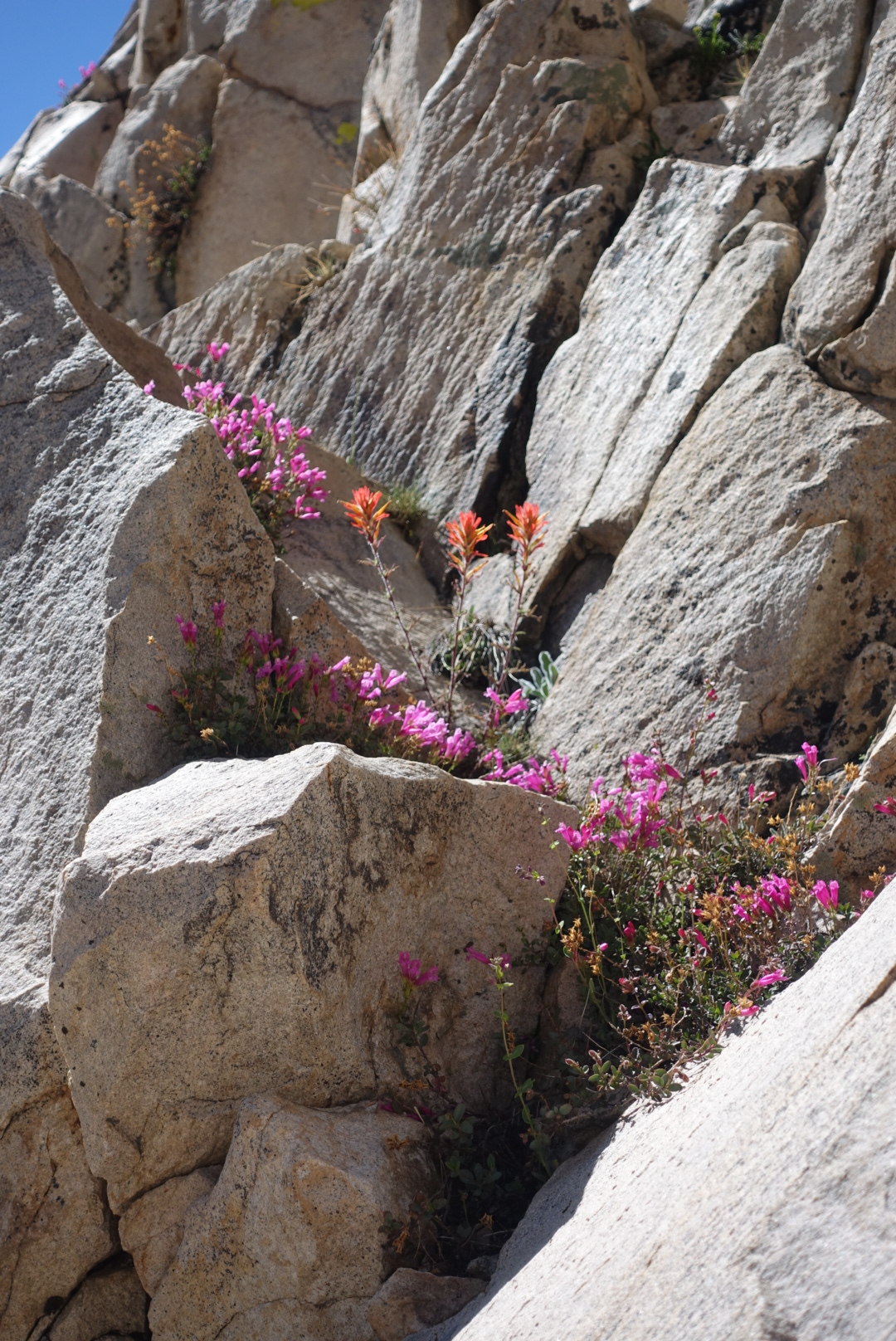 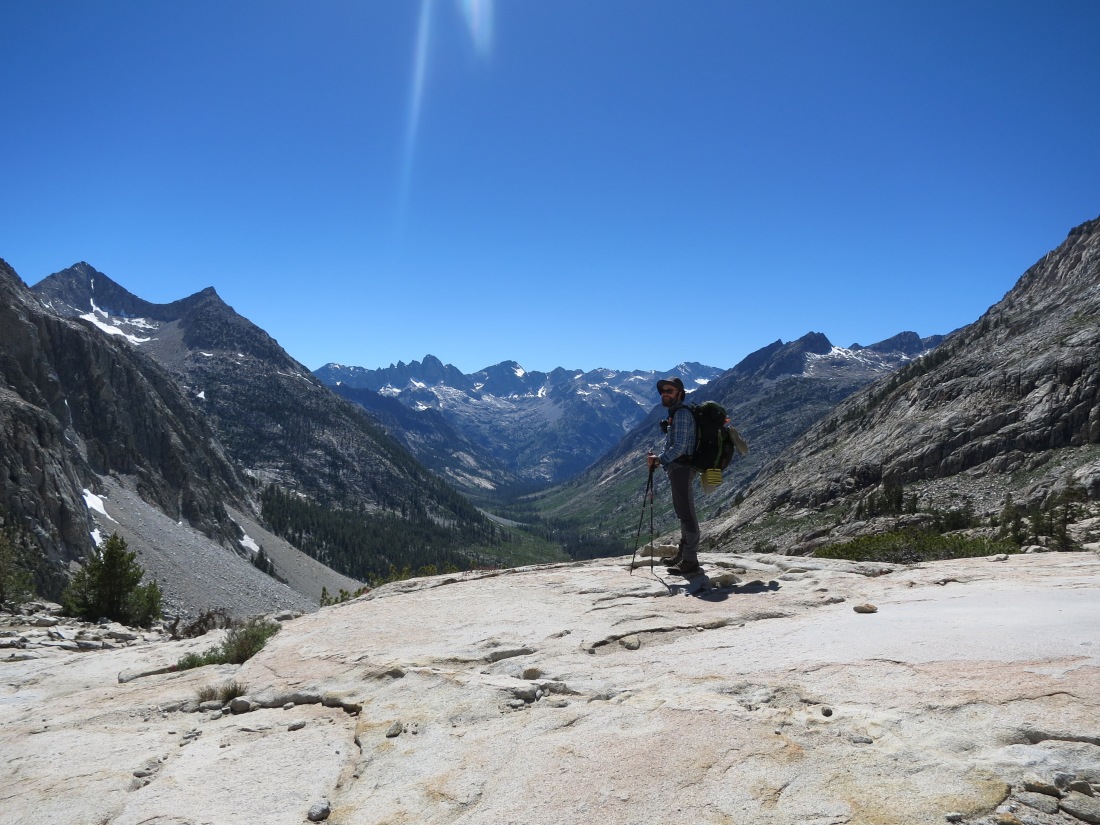 For tomorrow, we decided to take it a bit slower and only approach Muir pass. According to the snow report, Muir would have the biggest snowfields during ascend and descend – so we want to play it safe and climb it very early.