Woke up at 6.15am, nice breakfast with lots of food from the shop, including a cinnamon roll. When the shop opened at 7am, I also got a coffee there. 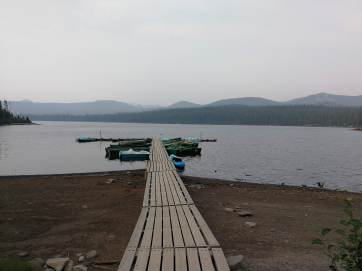 Some small talk with an older hiker that I had already chatted with yesterday evening. It turned out he is a trail angel out of San Diego when he offered us freshly made breakfast burritos. 😁 His trail name is Otzi, he through hiked the PCT in 1975! 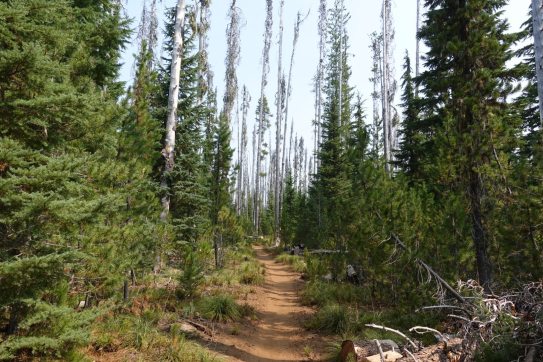 Lunch and water break at Warm Springs river, 19 miles in. We joined Happy Hermit and Paradise in their shady spot.

We kept on hiking in the evening until 8pm. Looking for a protected tentsite, we passed Happy Hermit’s and Paradise’s campsite. The clouds looked like rain was coming, so we wanted something less exposted to wind.

We finally came to a very beautiful spot right at Timothy Lake, another hiker Dang had already a fire going and invited us to join.

We got up at 5.30am and continued our chat with Excel during breakfast. She would leave later since she only planned 8 miles for today. She had been off trail for some days due to the smoke and was slowly increasing miles again.

We left at 6.30am. We had amazing views on Mt. Thielsen. With the smoke and a cloudy sky, the morning sun offered some nice photo opportunities. 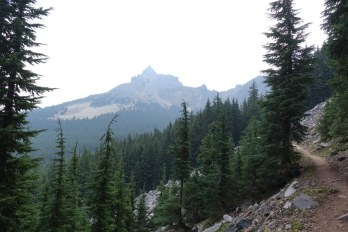 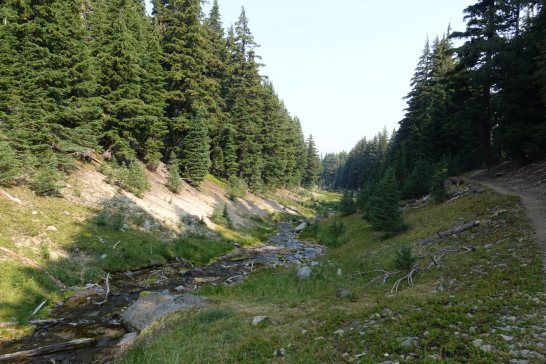 After the lunch break at mile 1863 at 2pm at the Maidu lake junction, we had several milestones waiting… the highpoint of the PCT in the states Oregon and Washington at about 7500 feet as well as the 3000 km marker.

Considering the overall PCT highpoint at Forester Pass in the Sierra at around 13000 feet, this is really not so much…

When you walk on the PCT and suddenly run into a group of hikers, there is either trail magic with free sodas or beer to be expected… or cellphone coverage. 🙂

Continuing on, we had an increasing humidity and even a few drops rain…

With the limited water availability today, we had to push on to the next source and camped at a water cache at dirt road at mile 1876, the crossing with Skyline trail. 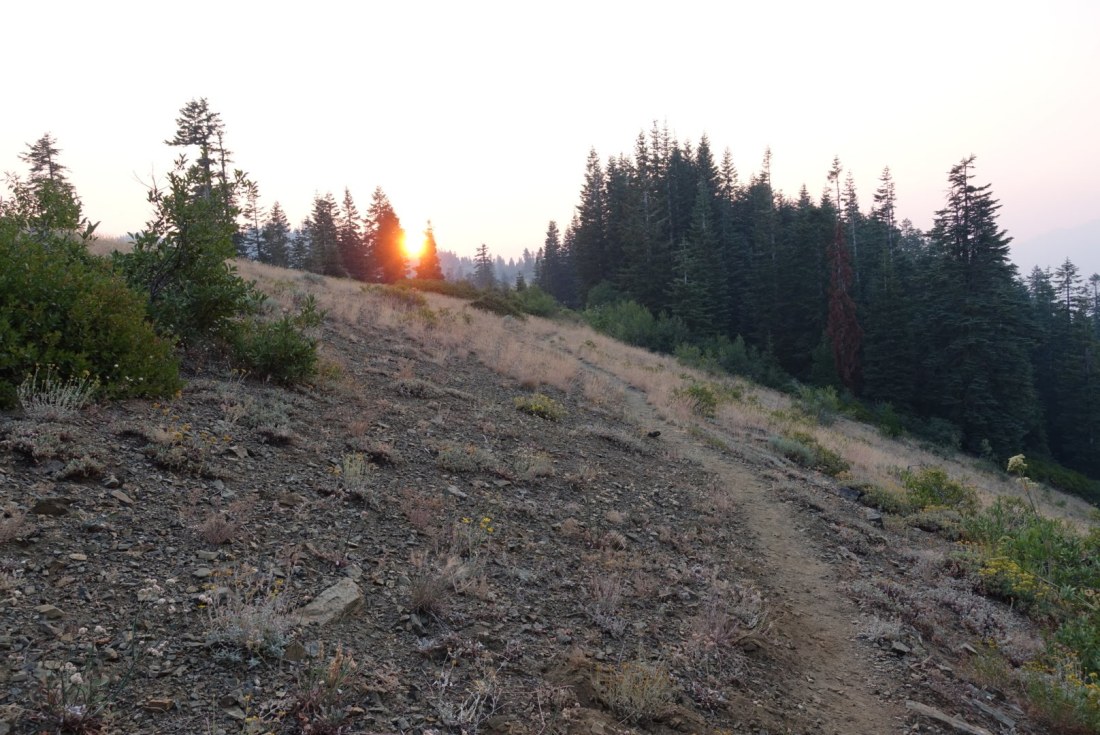 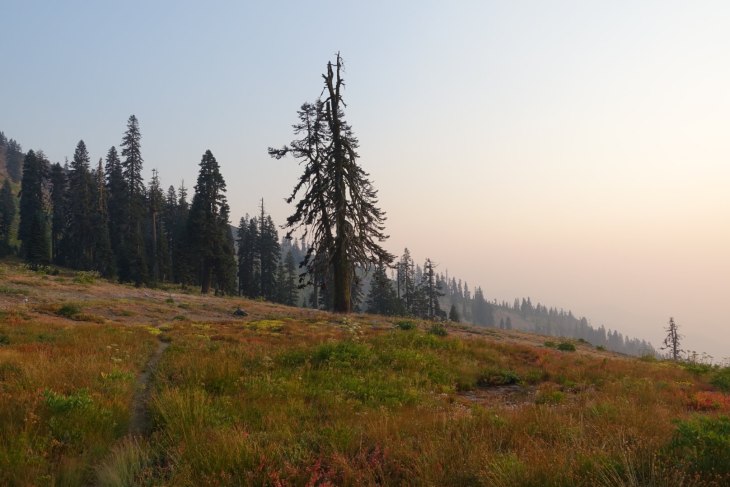 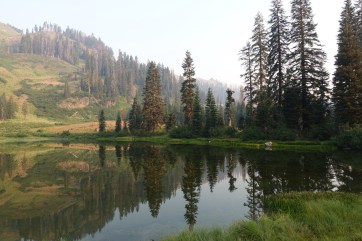 Stop at 10am with 10 miles, a break for the feet with some stretching. A curious squirrel sits on a close tree and starts whistling… Also never heard a squirrel before.

Walked into a group of 4 deer – one of them was small with cute spots on its fur. Finally saw a baby deer! A day of animal encounters it seems… 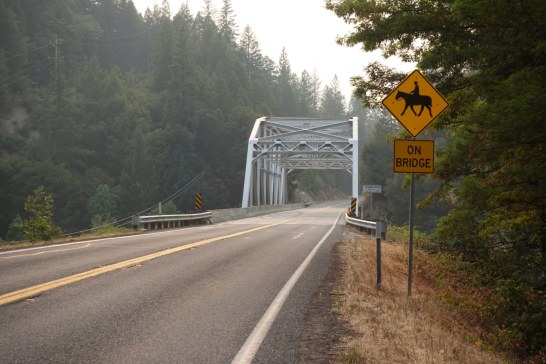 The last miles into Seiad Valley turned into a long roadwalk. But here were were so many bushes with blackberries and some variant of raspberries…

Seiad Valley is a very small community. But the general store was open until 8pm, so I had no trouble getting resupply for the remaining 2-3 days to Ashland. The Seiad Cafe next to it had already closed in the afternoon, so I ate for dinner what I had bought in the shop. I pitched my tent in the RV park on the other side of the store. Shower, bucket laundry, charging phone and powerbank… falling asleep around 9pm. 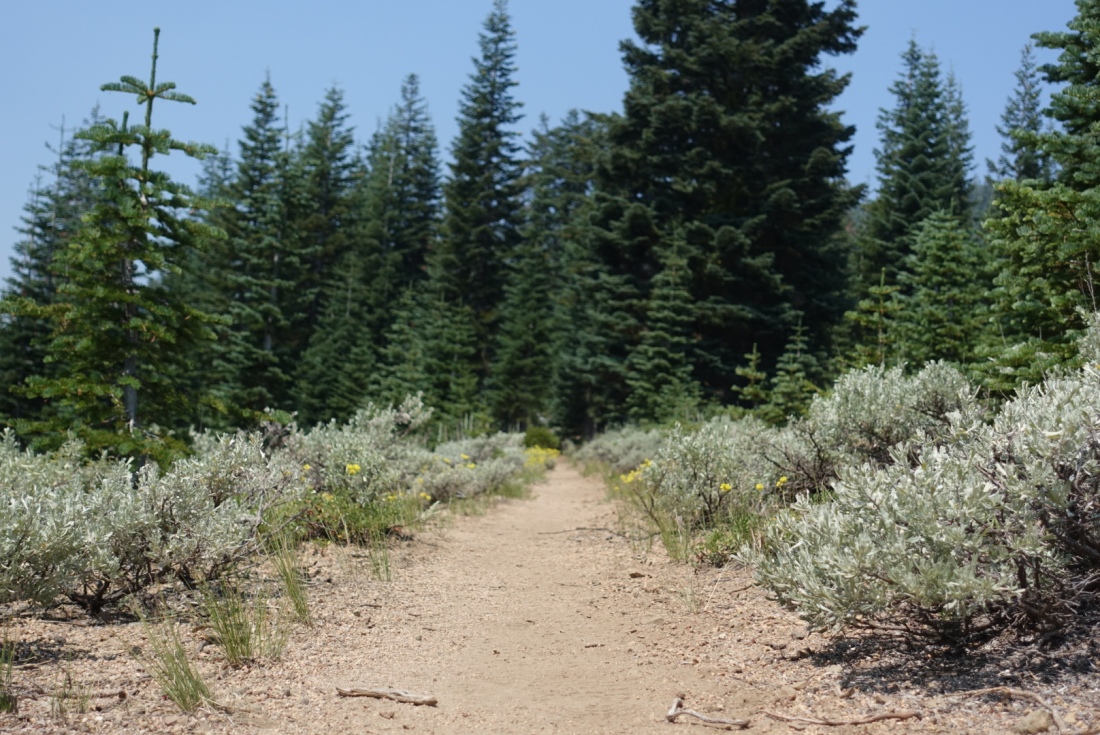 Started 6am after a very quick breakfast. Hiked for the first few hours with Crumbs, we had a nice chat.

10 miles by 10am. Smoke seemed a bit better – only in the valleys, it stayed rather visible. 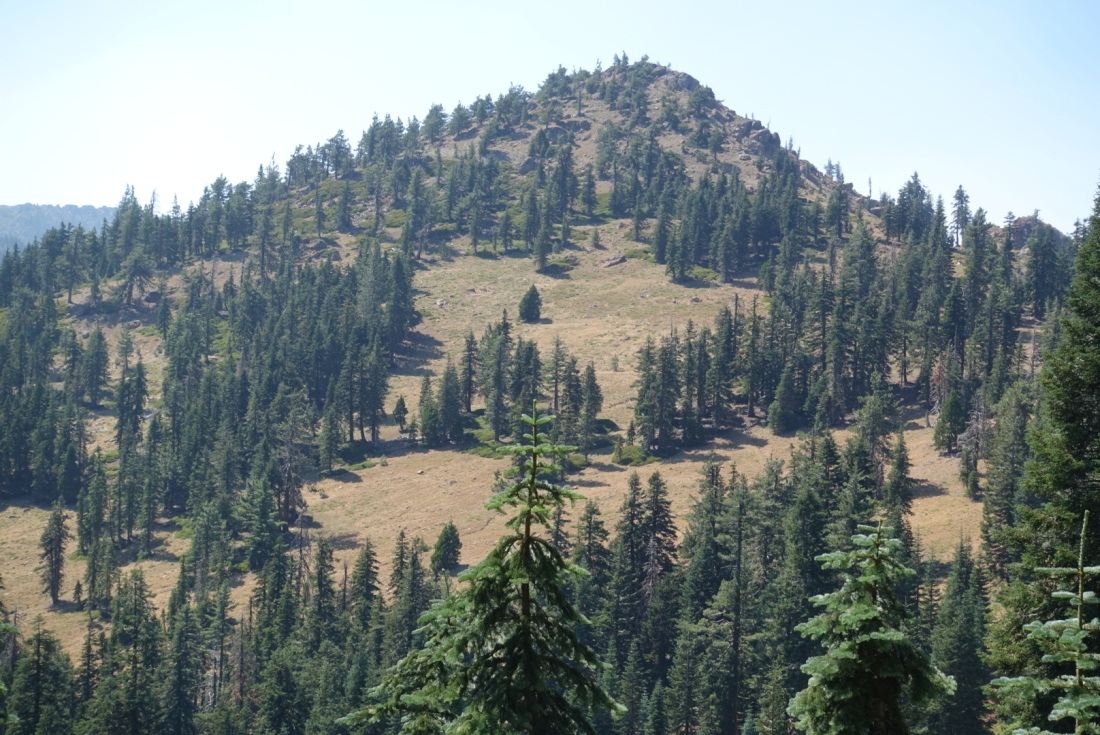 Gusty, Stuckfoot and I aimed for a last water at mile 1582, that would make it a 29 miles day. The spring was a bit off trail and pretty slow. I waited a while for my turn, Gusty and Stuckfoot caught up on me. They decided to have dinner at the spring and continue afterwards. Crumbs was already ahead.

Pretty tired around 7pm, I left the spring trying to find the next tentsite. There were 4-5 hikers ahead and the terrain was steep, so I was a bit worried about find a spot to pitch my tent soon. There was nothing on the ridge – I had to walk close to a mile to finally find a single spot. 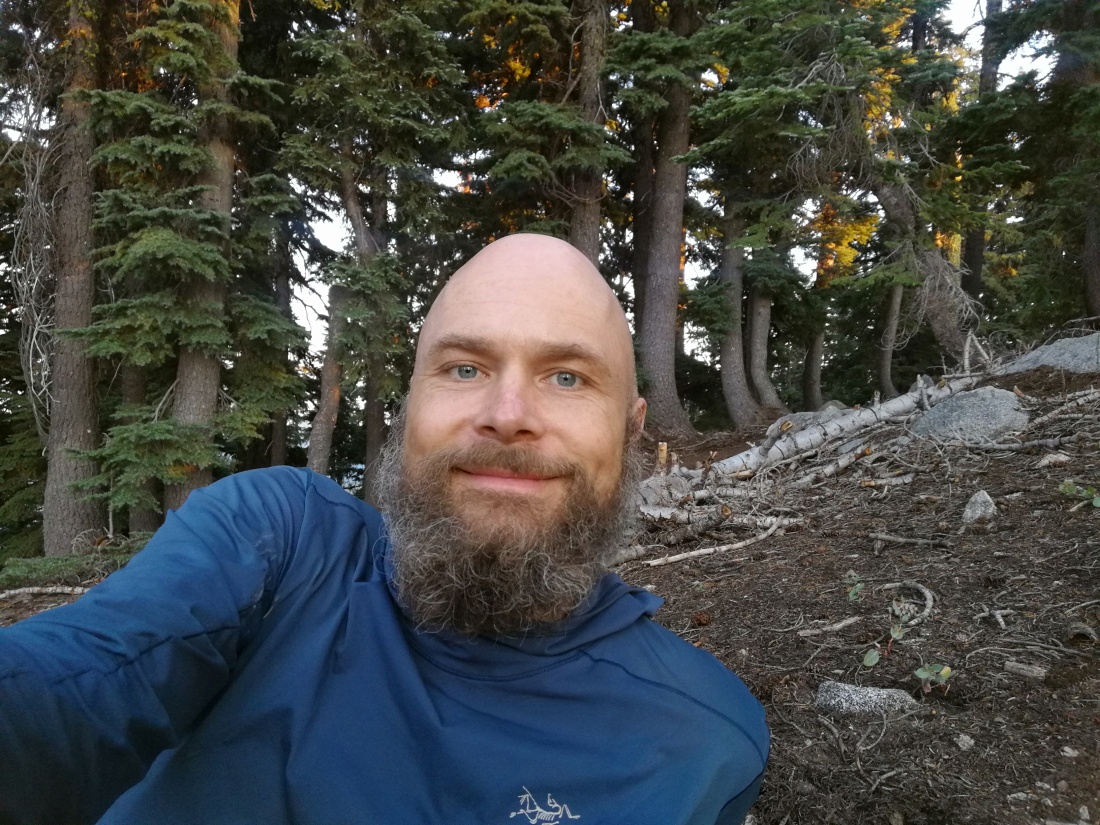 Started 6.45am after breakfast. Quite fast this morning… No problem to complete 10 miles by 10am.

Kept thinking about the plan for today… Push for 30+ miles and go to town already tonight or take it easier and hitch into town only tomorrow morning.

Only 13.7 miles to the highway 5 leading into Dunsmuir – so I will attempt to go to town today.

Twilight due to the smoke the whole day – not easy on the soul.

Made it to the highway 5 around 7pm. Hitchhiking was surprisingly easy – considering I was hitchhiking the first time directly on a highway with the cars speeding by. An older couple was also trying to get a ride to Dunsmuir/Mt Shasta. After maybe 20 minutes, a car stopped with place for all three of us.

I got into Dunsmuir 7.45pm. I confirmed my AirBnB reservation at Hotel California in the center of the little town. Dinner in the Pizza Factory just next door.

Tired. Feet and legs are sore. Also the knees were complaining the last miles.