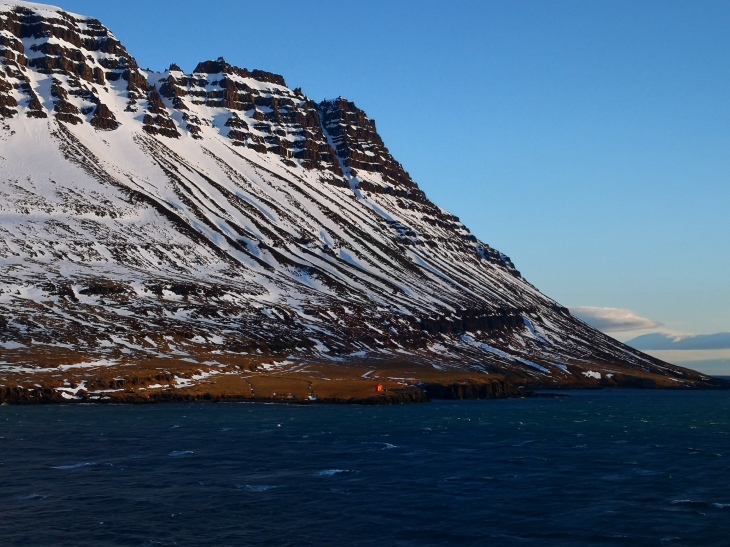 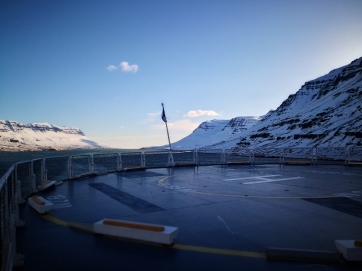 After breakfast in an empty cafeteria, the ferry arrived at 9am in Seydisfjoerdur. Since the ferry was so empty, also the unloading of the cars was rather quick. Just a bit of backing up needed, then there was space to turn around and drive off the ferry. 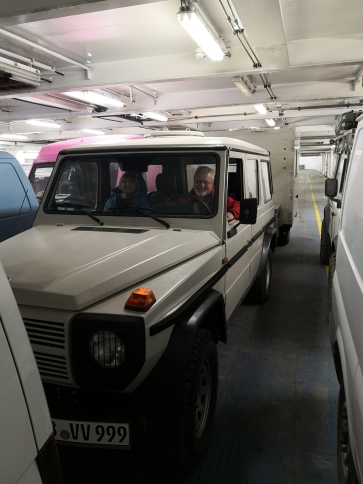 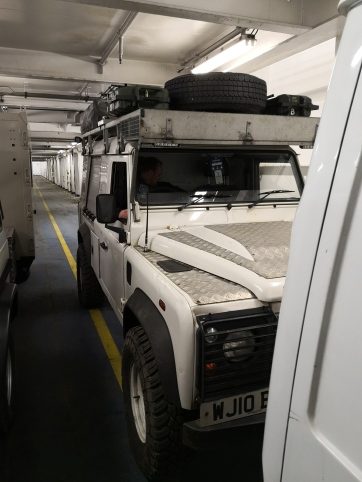 First stop was customs. Many of us were not sure about the amount of food we were carrying – there is an official 3kg limit on food besides the usual restrictions on tabacco and alcohol. A very kind customs agent waved me through – welcome to Iceland!

I continued straight through the village towards Egilsstadir with its super markets. We would all reconnect at the Bonus supermarket there. Bought fruits and vegetables, the famous Icelandic Skyr yogurt.

While my intention is to go North following the ring road, I wanted to get my bearings in the area first. So I visited a major waterfall Hengifoss, just some kilometers South of Egilsstadir.

On the way there, I saw some closed campgrounds. It seems they will still offer free parking, just no facilities or water/electricity while they are closed for the season. I hope I will be able to do wild camping most of the time. At least there is no need for showers with the amount of public hotpots throughout the island.

It was a nice short hike going up to Hengifoss. A few smaller waterfalls along the way. Still beautiful weather with sunshine and blue skies, just the wind picked up. I saw a handful of vistors coming down from the waterfall. At the waterfall, Luise caught up with me. 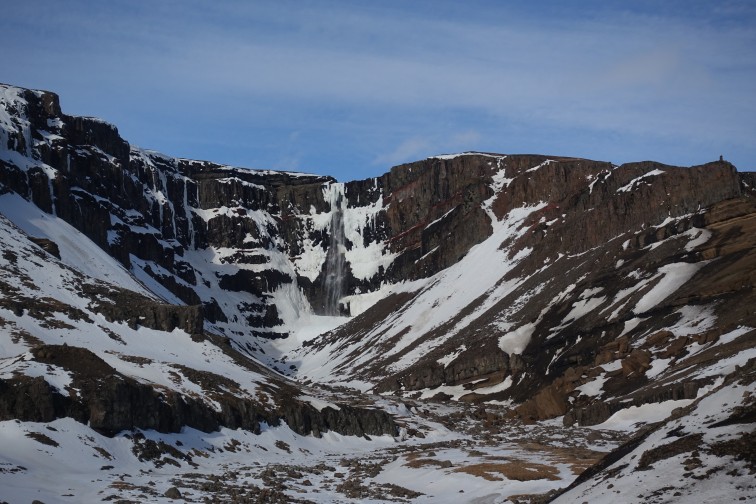 With nobody else around and nobody I could bother, I started the drone to take some footage from Hengifoss. All good until the flight back – the drone was caught in the winds that got stronger and stronger and carried away. I could just watch on the camera how it drifted off, not strong enough to return against the winds. With a big lake in the back, I was close to panic. Luckily, I could force it down on a field despite its impossible tries to return to the starting point. It had drifted away nearly a kilometer. I drove as close as I could and found it shortly after all intact. What a stressful first flight on Iceland. Will need to be more careful with these winds.

I checked out another campground in the area but decided to make some kilometers North. 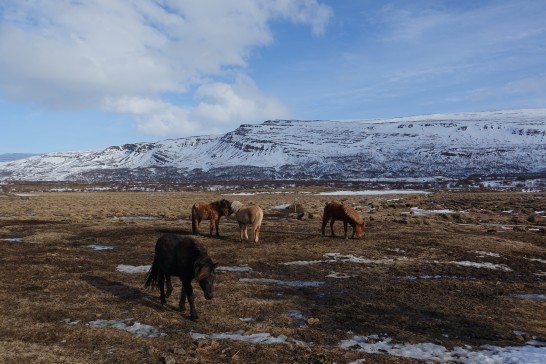 Tomorrow evening, I want to be at Myvatn Lake to enjoy the hotpots there. I found a nice spot for the night around 6pm close to Vopnafjoerdur. Exciting first day – I am actually tired after the last days just chilling on the ferry. Sleeping with all curtains open – hoping for aurora / polar lights. 🙂