Even before our breakfast in the Bridgeport Inn, we checked out a sporting goods shop next to the general store. I got a simple nylon drysack for less than 5 dollars! They had just one size, but it it just what I wanted to replace my bear can as food storage. Looks even a bit retro…

The breakfast was delicious and had an adequate big size – three scrambled eggs, bacon, hash browns and a cinnamon roll.

Finished packing our packs, last blog updates… Then to the post office just behind the motel to send the bear canisters away.

We walked to the end of town to find a hitch… And met Colin already trying his luck there.

Split up. Colin and Cactass first, Tinkle and myself maybe 20 min later.

Chris, a nice guy working in South Lake Tahoe gave us a ride. He works in the Hard Rock Hotel and Casino! We were considering to stay there… Now knowing a guy working at the bar… For sure!

Got out at the Highway 395/108 crossing, Cactass and Colin standing there… Later a nice guy returning from his fishing trip fisherman took all four of us into his truck.

We wanted to make miles even with the late start, so we pushed on until 7pm. 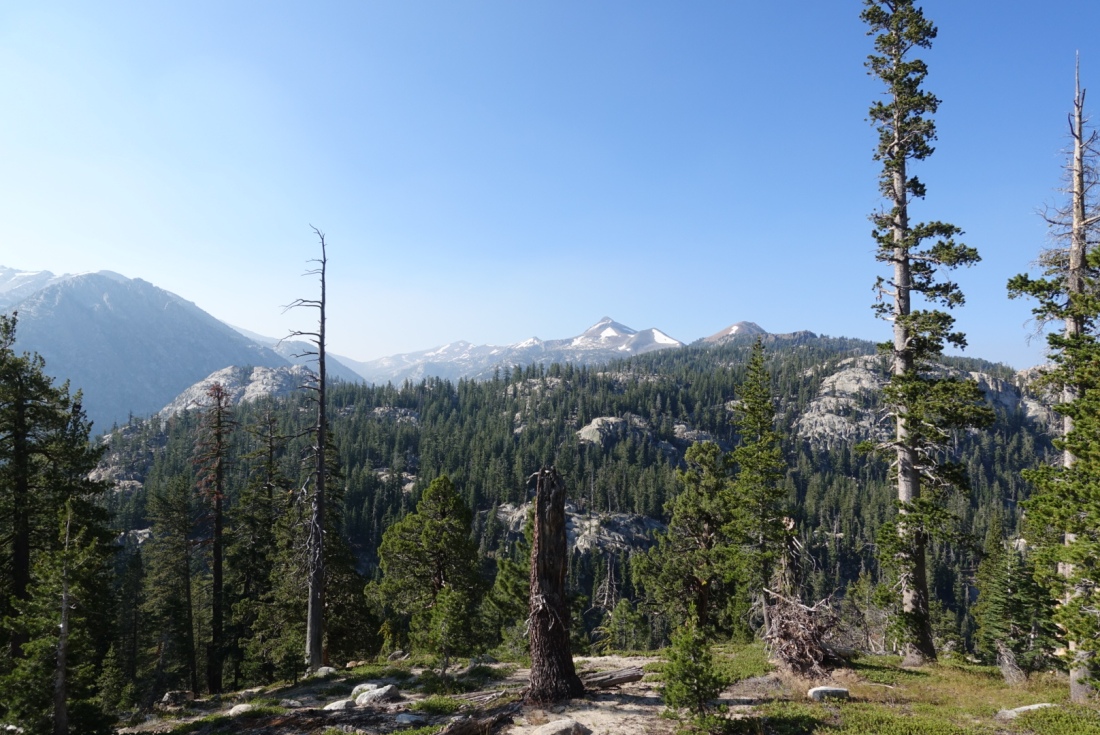 The plan is 20+ miles every day until South Lake Tahoe…