Woke up with the sun coming over the horizon – had a good and quiet sleep despite the wind. I enjoyed a slow breakfast with muesli and Skyr – and some big black coffee. I continued driving North, mostly following the coastline. The weather was nice most of the time with sunshine and blue skies.

Passing Bakkafjoerdur, the road was unpaved for a while. There were some beautiful spots to stay for the night but I was planning for Myvatn tonight, so I moved on. 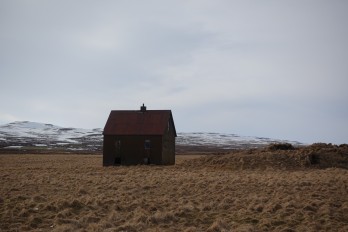 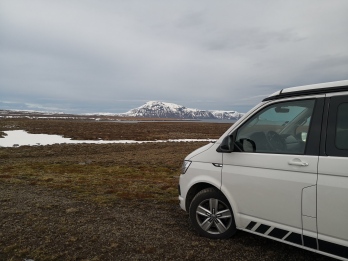 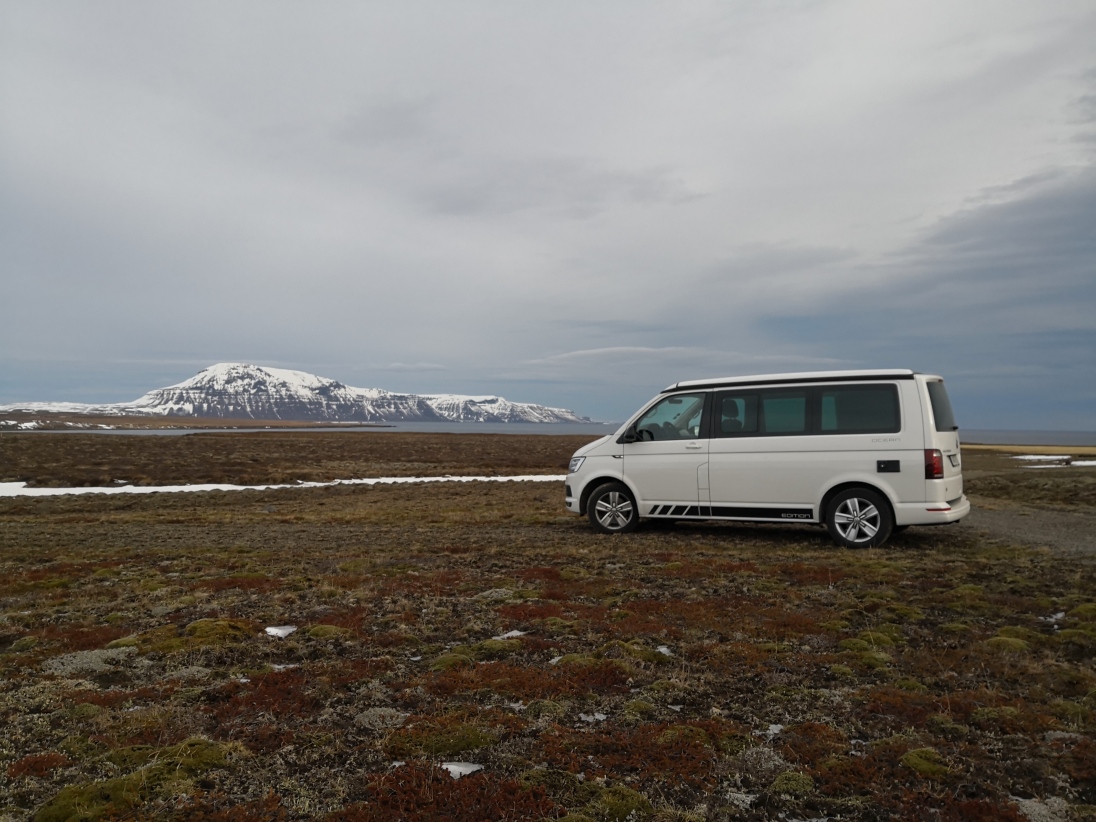 The coast with ice on the shore had its own beauty. 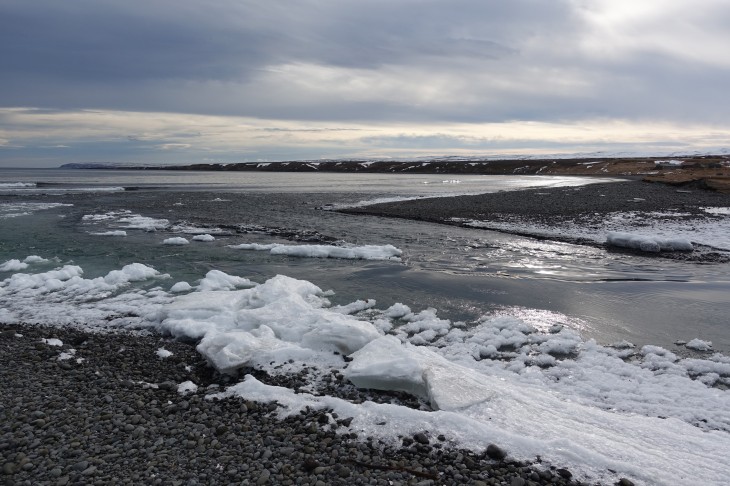 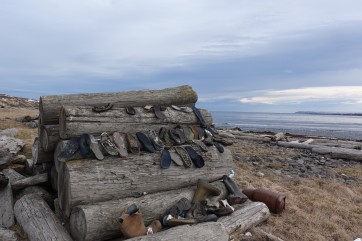 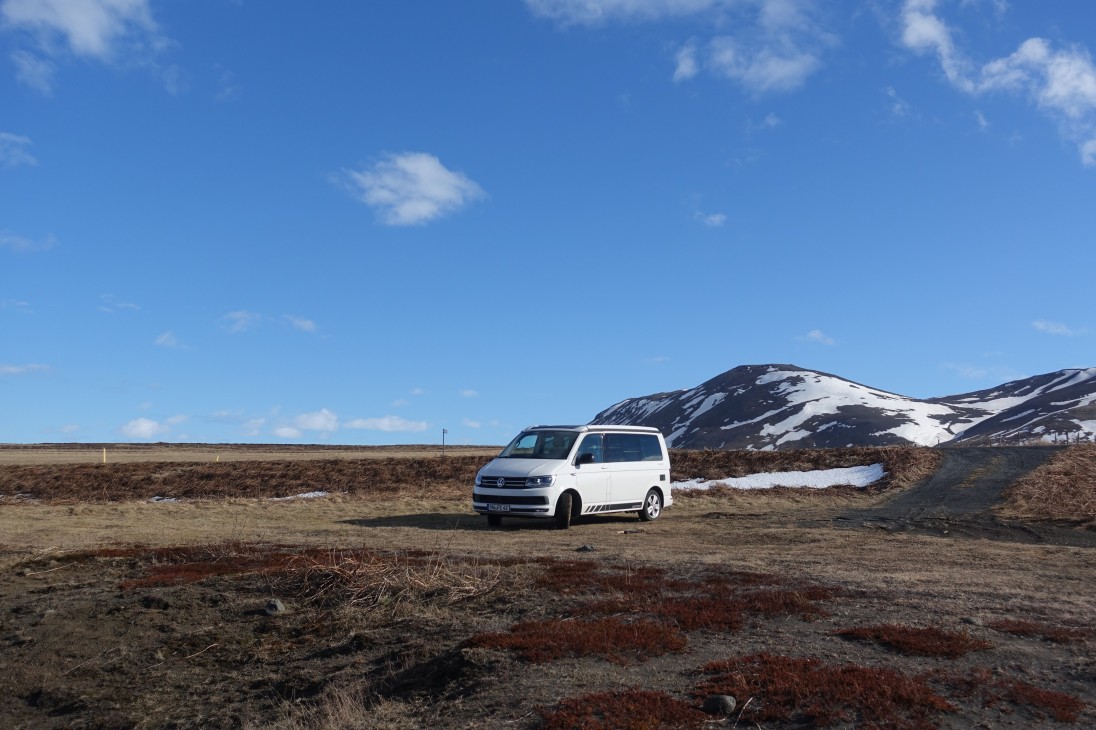 Coming closer to Asbyrgi, the landscape changed to very flat lands. I drove into the park, walked around a bit – the famous canyon, shaped like a hoof. 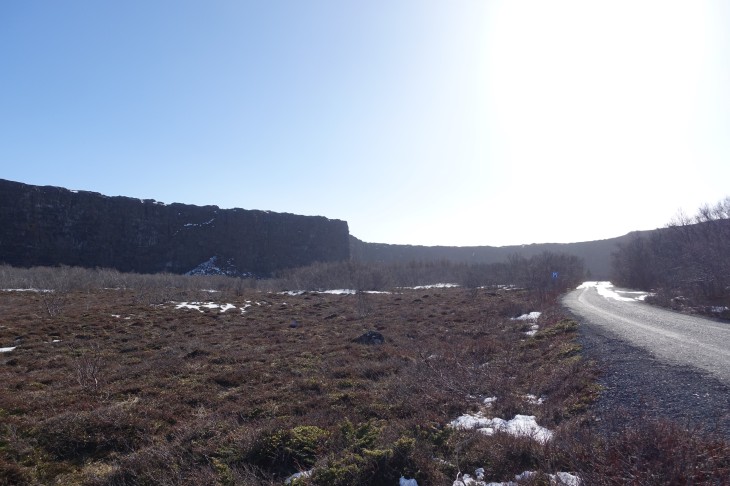 Passed by Husavik, famous for whale watching. Noted the time, maybe tomorrow. But that will depend on the weather.

Met up with Herbert and his wife and Luise again at the campground in Vogar near the Myvatn lake. They invited me for coffee and cake in their camping trailer – what a nice treat. Afterwards we drove together to the famous Grjotagja cave nearby with a hotpot underground. Getting in there not too easy, climbing into the cave. Next challenge was getting undressed on a small spot… then the water is really hot. 45 degrees hot.

Some more tourist show up, look, take photos… After two sessions, we leave.

Dinner at the campgrounds pizza place with internet. The campground was very basic – just a parking lot with electricity outlets and a building with facilities. I am surely looking forward to some wild camping during the next days.

Luise had her van parked closeby in the same campground and was working to get her heating running. I provided electricity for the hairblower when she tried to unfreeze the Diesel line – but no luck. James has no heating, so nothing can break in his Landrover. Herbert has his electric heating in the trailer for the night.