Woke up with the alarm at 4.40am, before sunrise that would be at 6.15am. One good hour planned to walk to the plane wreck. But… the storm was still on. It had been shaking the car all night and was continuing to do so in the morning. So my determination to make it to the plane before dawn was not strong enough to walk through that storm in darkness and the additional cold from that. Turned around, snuggled in and took another nap. 🙂 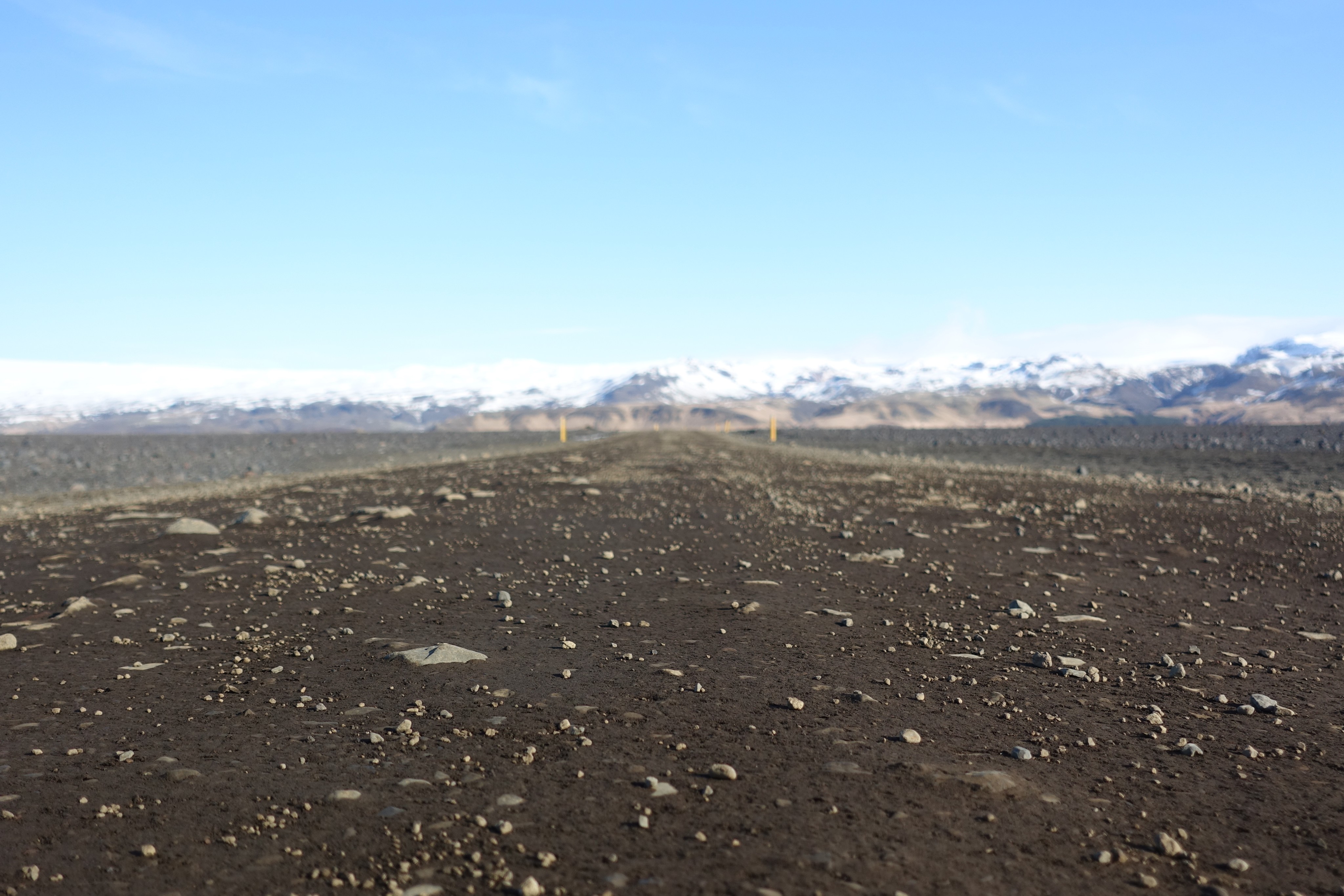 So I left at 9.30am for the one hour walk to the plane wreck. :-p The shuttle bus, only allowed means of transport, just overtook me shortly before arriving there. 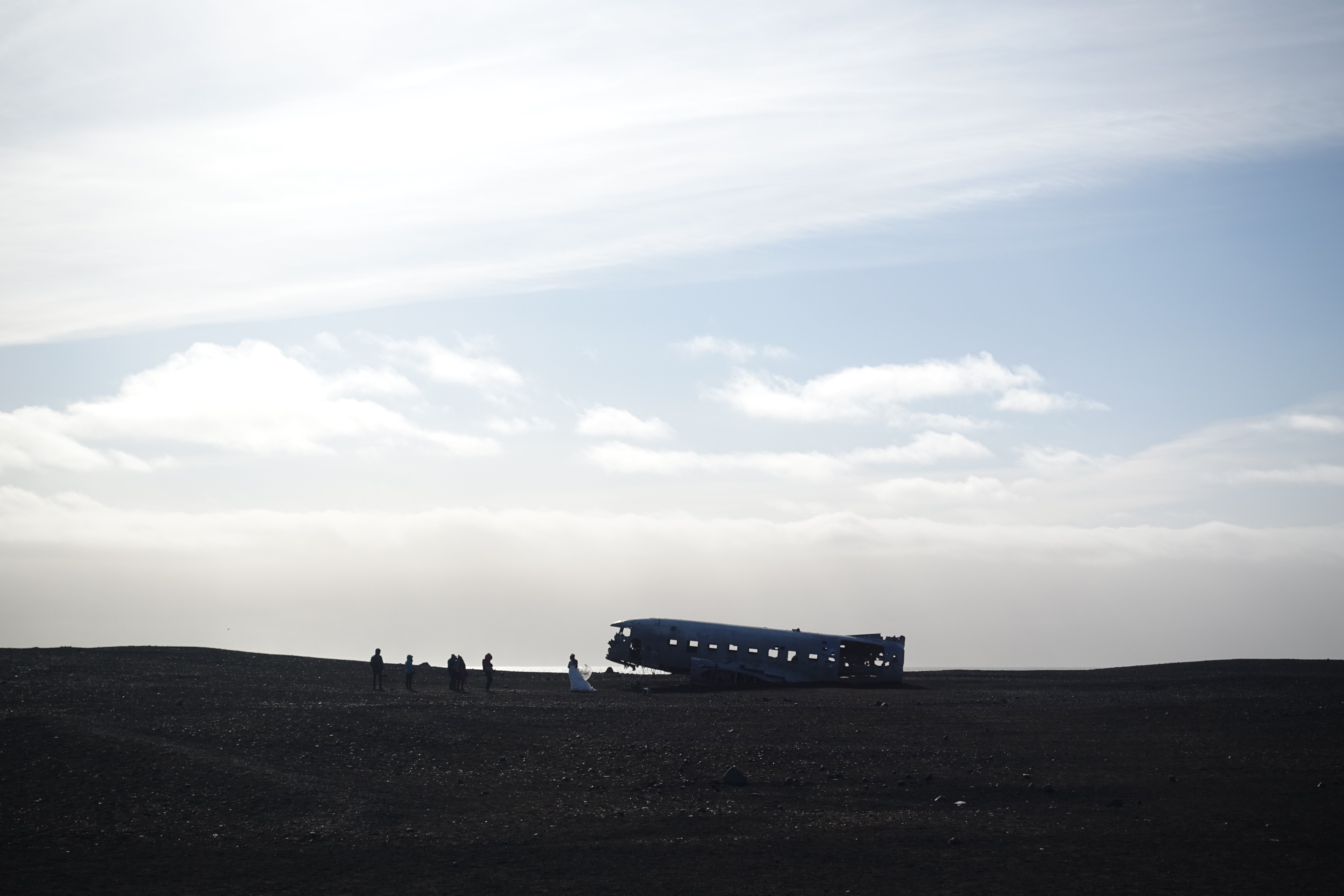 Good thing: there were still only a handful of people around the wreck. Bad thing: There was a wedding couple posing all around the wreck for photos with the respective 3 person photo crew. That made exploring the wreck and taking photos rather difficult. 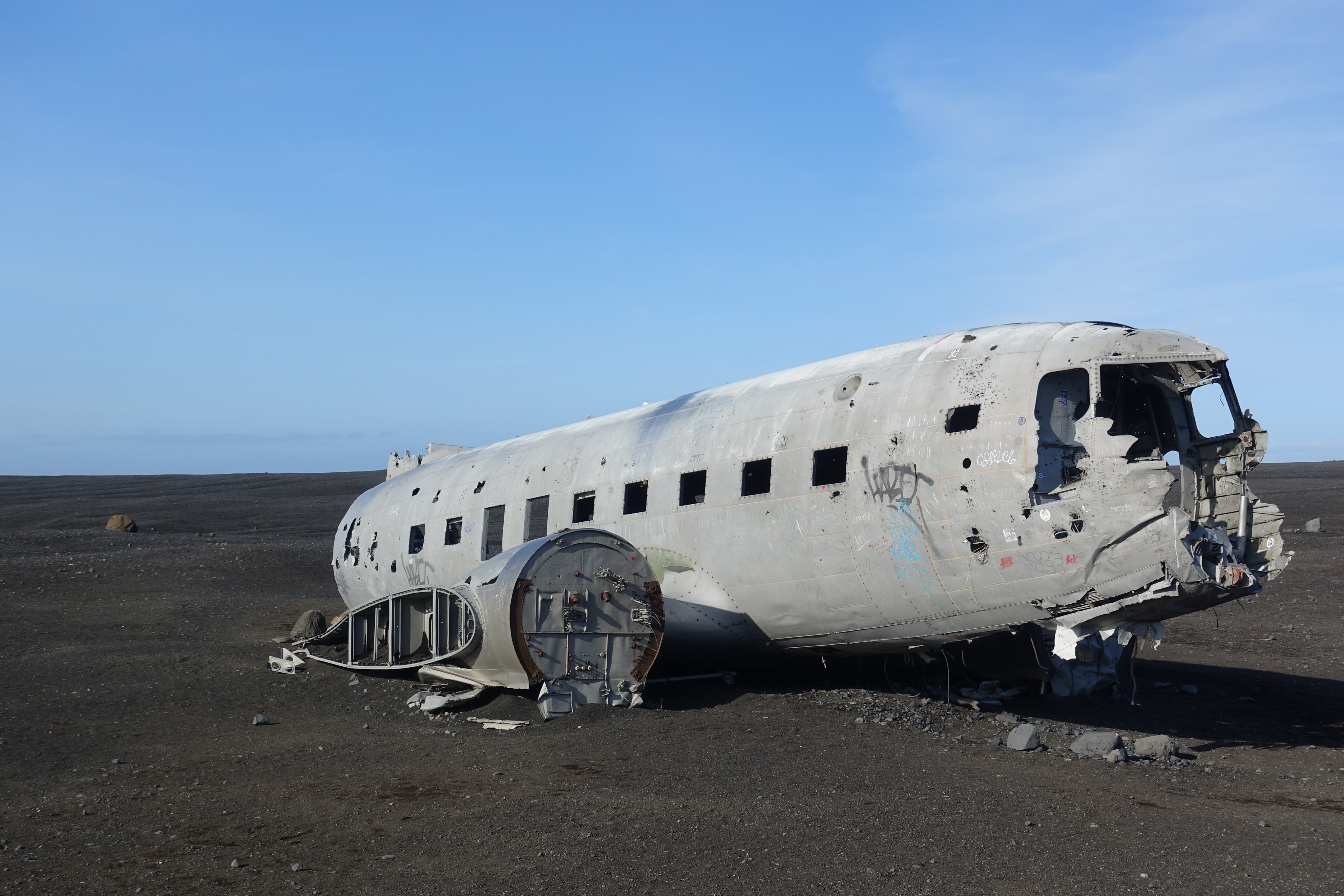 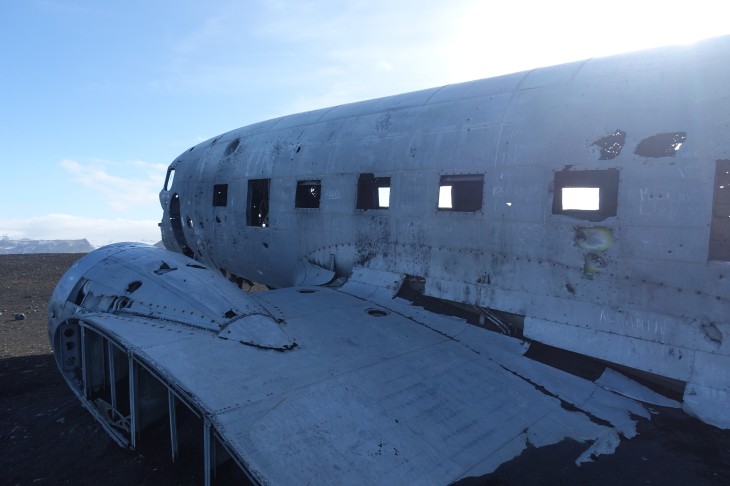 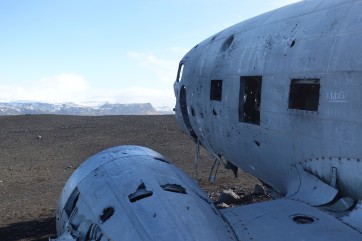 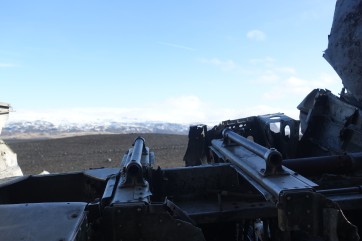 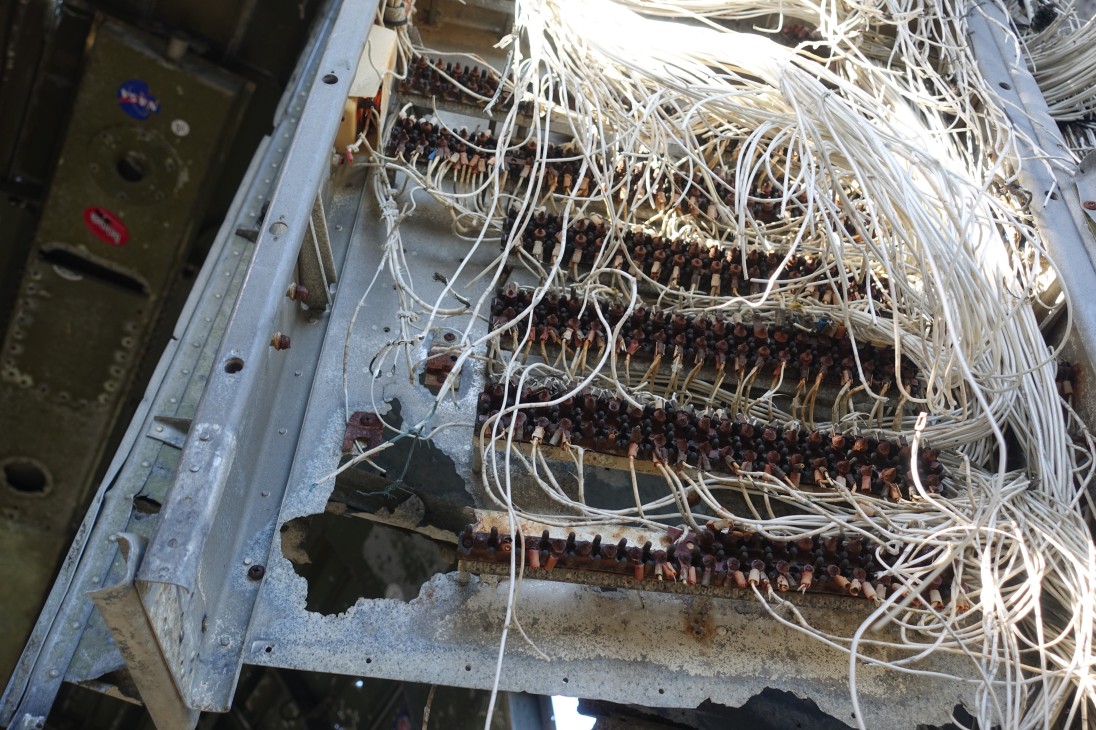 Finding perspectives that make the wreck look deserted was the challenge of the morning. And I had mixed feelings for the couple. They were really freezing in the cold strong winds there for their photos – it did not really look like they enjoyed themselves too much. 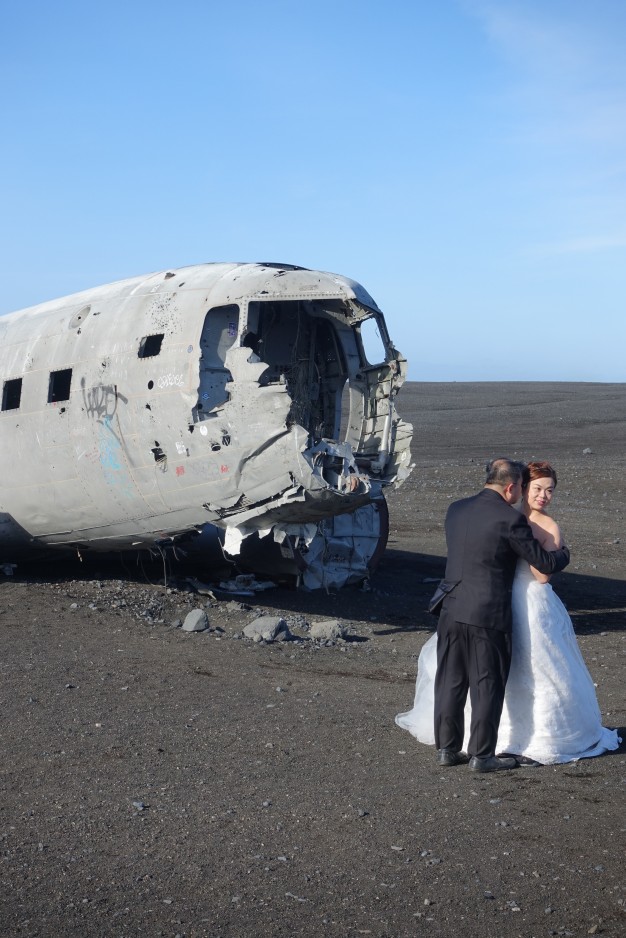 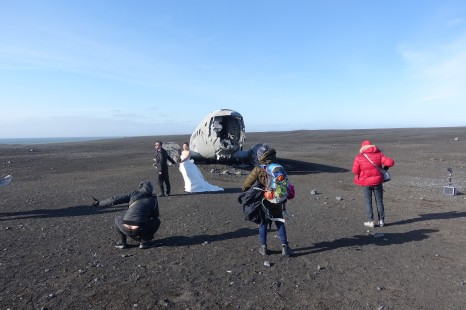 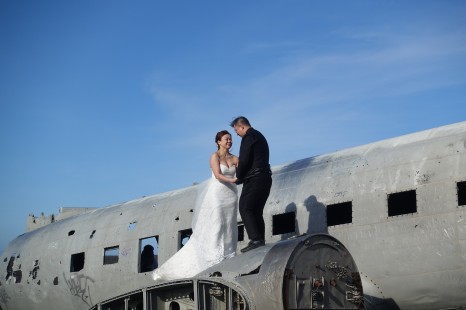 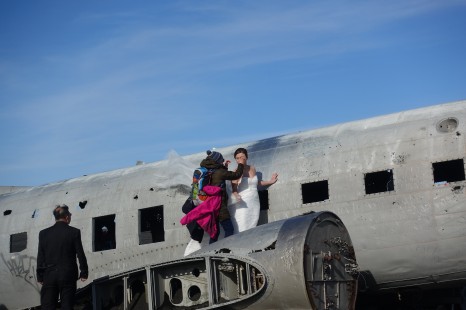 On the other hand, it was a bit annoying that they were kind of demanding the wreck as their exclusive photo spot. I was asked by the groom at a certain point to step aside so that they can take their photos. Their photo session lasted longer than I did. After about one hour, more and more people joined, including group that came on quads through the endless waste lands. With that, I had my share of overcrowded tourist spot and started my walk back to the car. 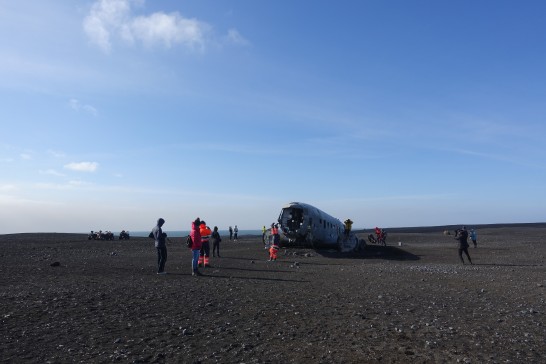 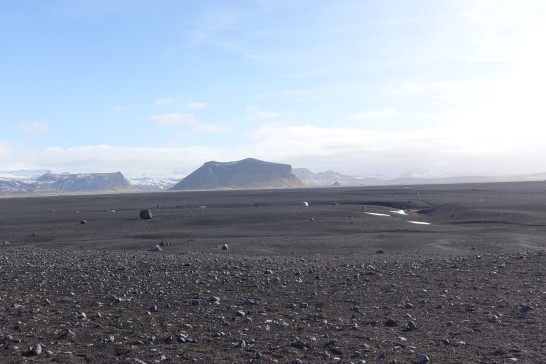 Next stop was the rather famous hotpot Seljavallalaug, about 1km walk into a beautiful canyon from a designated parking. With the number of the cars parked, I was already a bit worried. 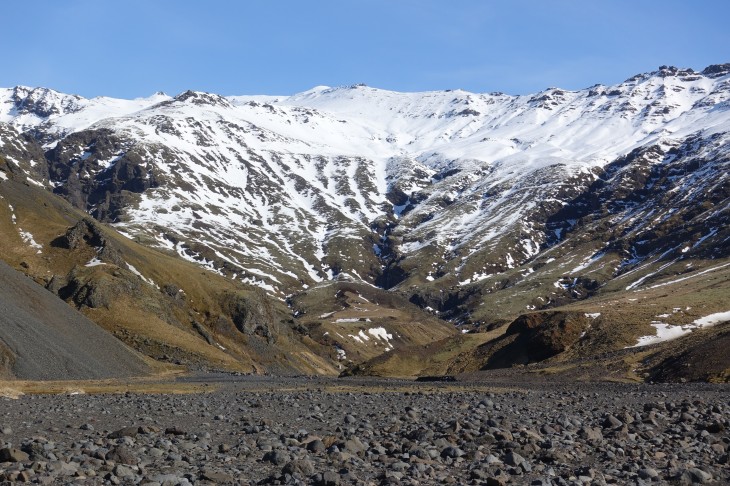 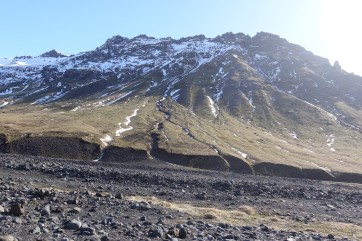 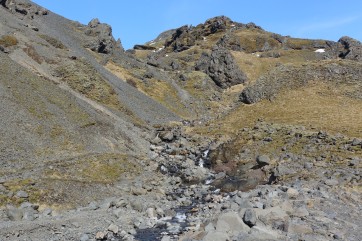 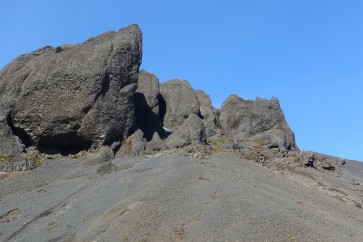 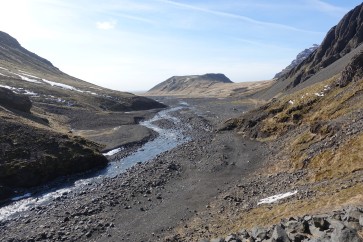 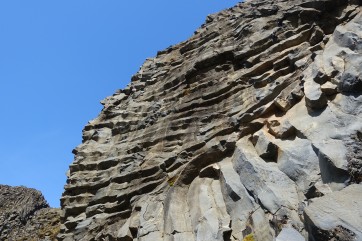 But the pool turned out quite big and the 4-5 other people in the pool distributed well enough. It was my coolest hotpot on Iceland. With just 31 degrees according to my watch, I could not stay in there too long without cooling out. 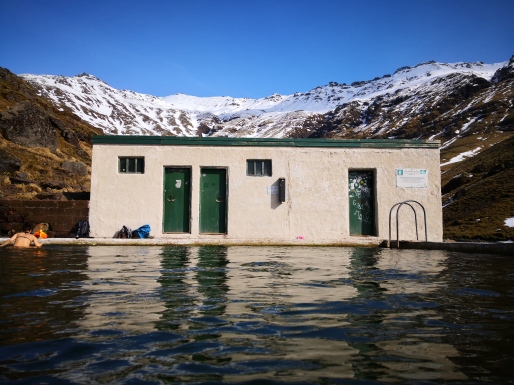 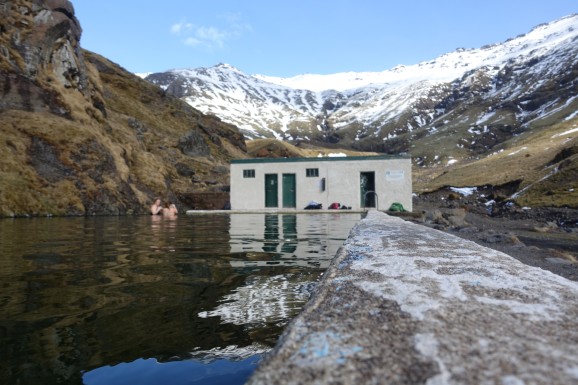 Continued on the ring road. Really beautiful landscape passed by, had to stop again and again for photos. 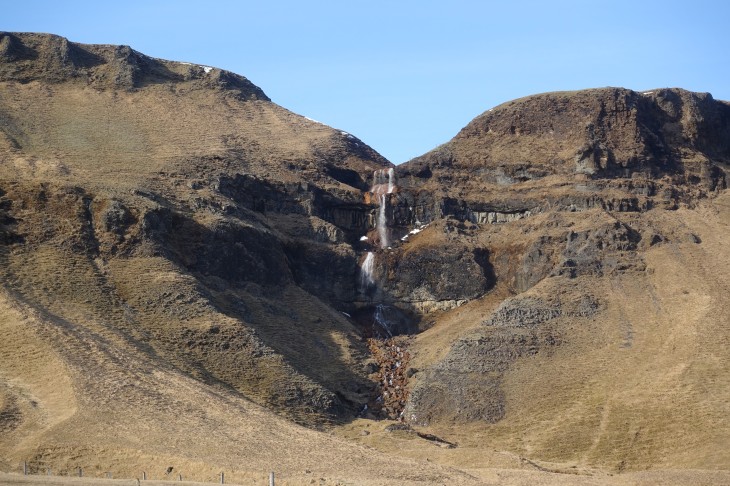 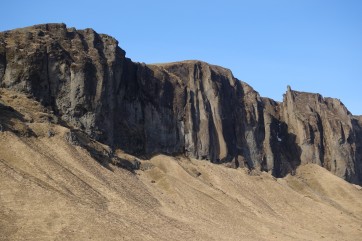 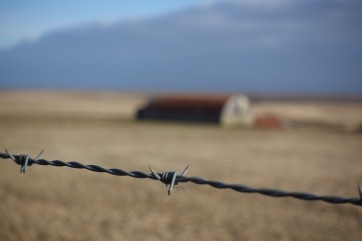 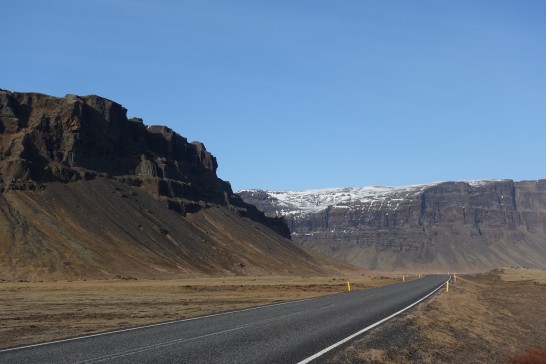 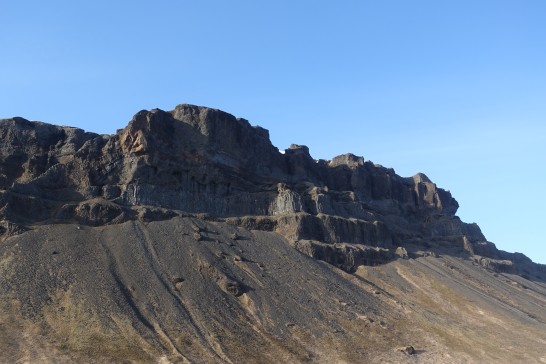 Another glacier to the left. Perfect spot for some van selfies… 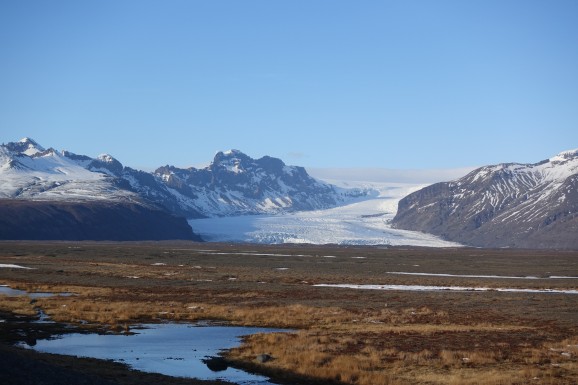 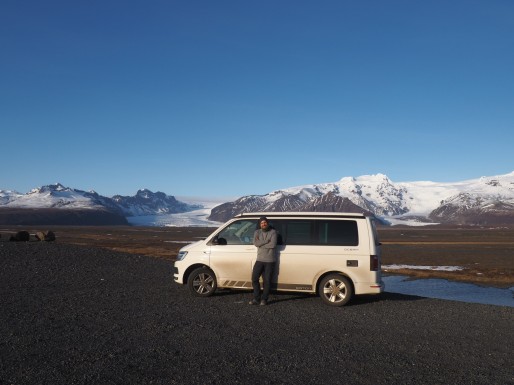 Planning to do some hiking the next day, I stopped at the Skaftafell national park / campground for the night. 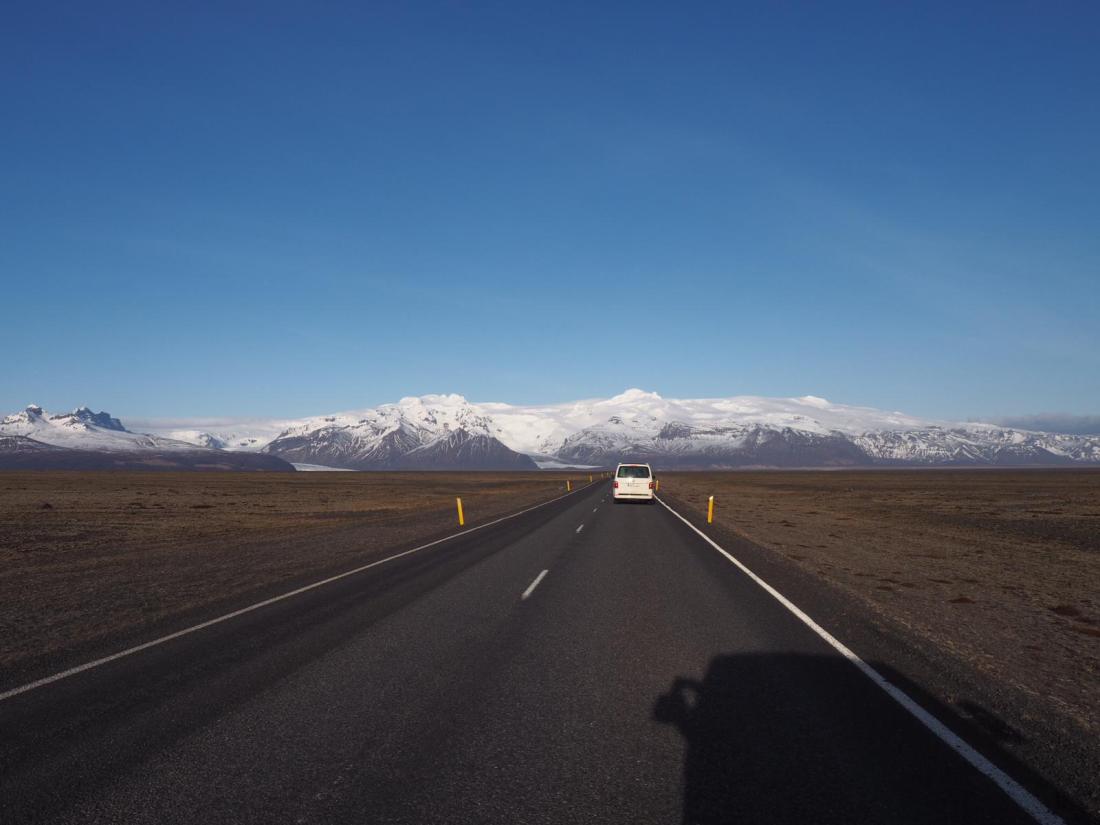