Had slept very well with popped up roof, plugged in electrity. Cozy and warm, snuggled in. Glamping. Woke up around 8am… planning to get some laundry done. What a great camping ground! Not only has the Skaftafell NP campground nice and clean grounds, toilets and showers – next to the visitor center are also washing machine and dryer free for use. After starting laundry, the campground was still quiet. Had a delicious breakfast with freshly made scrambled eggs and onion – surely making other campers jeaoulus with the nice smell. I walked a bit to an empty area and did a short drone flight, just taking some photos of the beautiful mountain landscape around me from above (see first photo of this post). Even the camping fee was cheap comparing to other campsite. Definitely my most favorite campground on Iceland so far – but finding wild spots is still the best. 😉

With the laundry done and dry, I left for a hike aiming for a 10-12km loop trail. As I climbed higher and higher, the views become more and more gorgeous. So much beauty around me. Passed a few waterfalls, one with remarkable basalt columns. 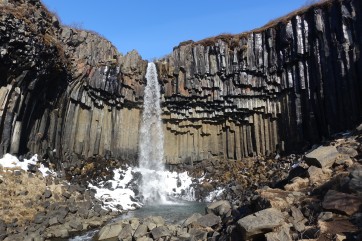 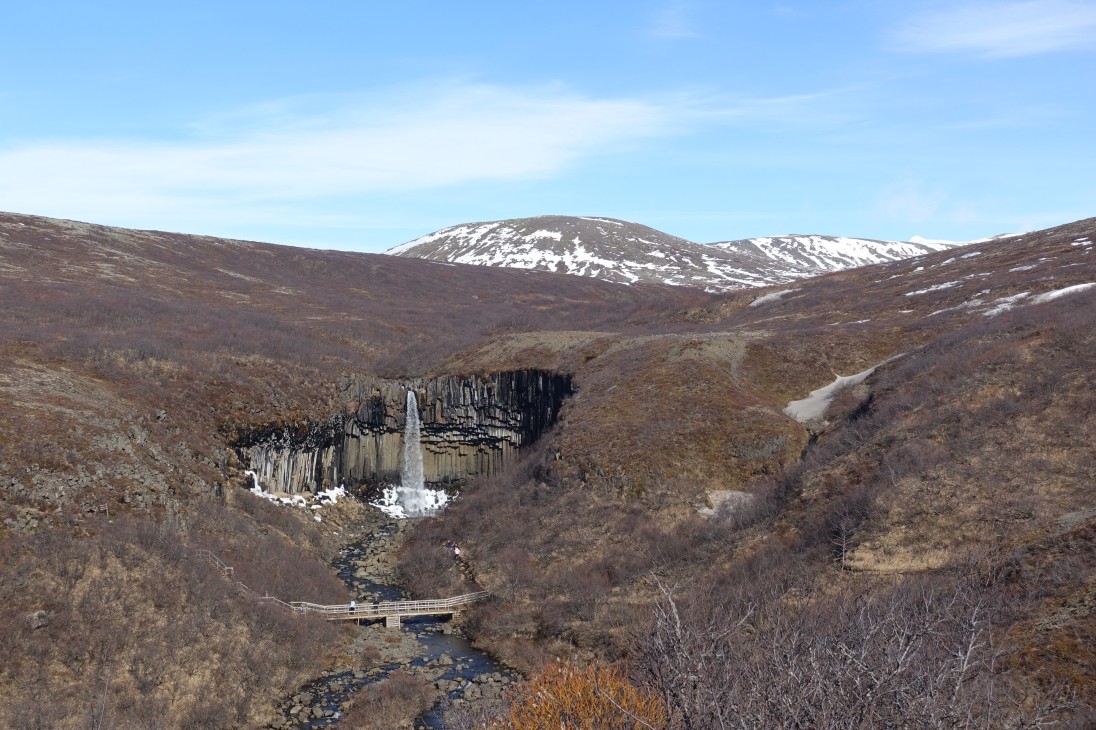 Pushed on further for a higher spot for a lunch snack. Even though it was a short hike only, no more tourists walked around here. A lunch break with a view so beautiful I won’t forget. Watched the mountains, the moving clouds. In the flat lands towards the sea, dark clouds formed and some dust or sand storms raced through the open lands. I planned to hike around two peaks, but at this altitude, there was already so much snow that following the trail all the way would be difficult if not impossible without proper gear.

With the clouds getting darker and closer, I hiked back and got ready to move on further East.

Could not get far before the next stop. A glacier reached so close to the ring road that I had to stop right away. A really bumpy road with a warning 4WD cars only led me to a parking right next the the glacier.

With the bumpy road, not too many other tourists were around. So after enjoying the beauty of the icebergs for a while, I took another drone flight. Still careful about possible winds and gusts specifically, I did just a very short fly around. But that’s exactly the footage why I brought the drone in the first place.

Back on the road, I followed the advice from Iceland veteran Herbert. 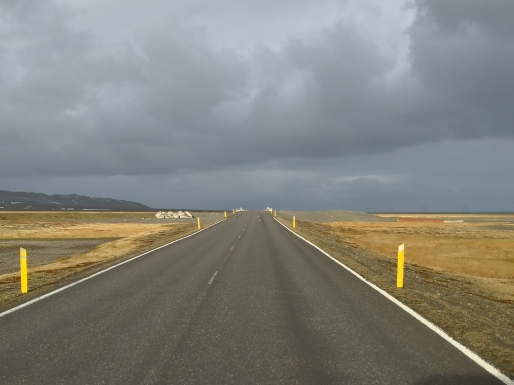 I did not stop at the famous iceberg sightseeing spot at Joekulsarlon but a bit before at Breidarlon. Also there, a small store offered boat rides around the icebergs but I chose just to walk around the shore. It got more windy, cloudy and with that colder by now. But that didnt make the view less magnificent, just the photos more difficult with so little contrasts between the massive glacier and the grey skies. 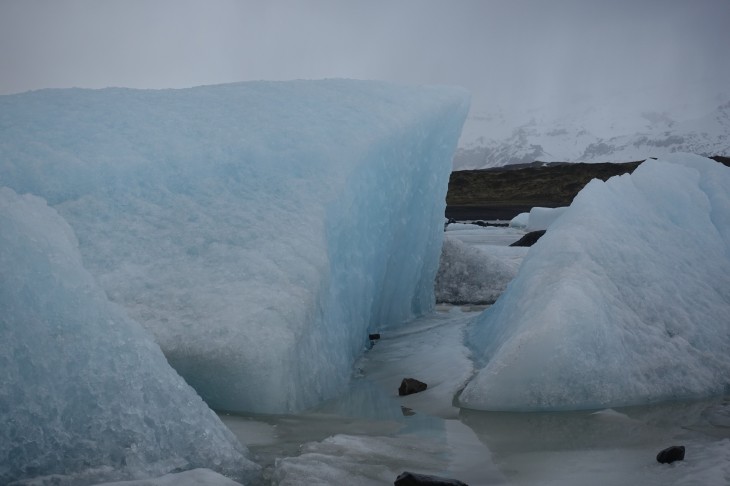 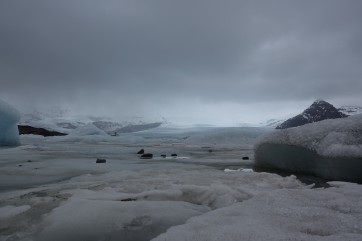 I continued East on the ring road, checking out a possible location for the night just before Hoefn. The dirt road leading there was narrow and started to get more and more muddy. I did not want to get on private lands and potentially even get stuck there… so I opted for an easier alternative and drove to the Hoefn campground. Just opposite of a gas station with small shop, it is located an the beginning of the small town. Drove up all the way up and to the end with nice view on the town and the nearby water and meadows. I spotted a reindeer just below grazing. This campground is really basic – most facilities were broken resp not working, still they were asking a steep price.

With the good feeling that I had actually given some wear to my hiking boots today, I fell asleep.